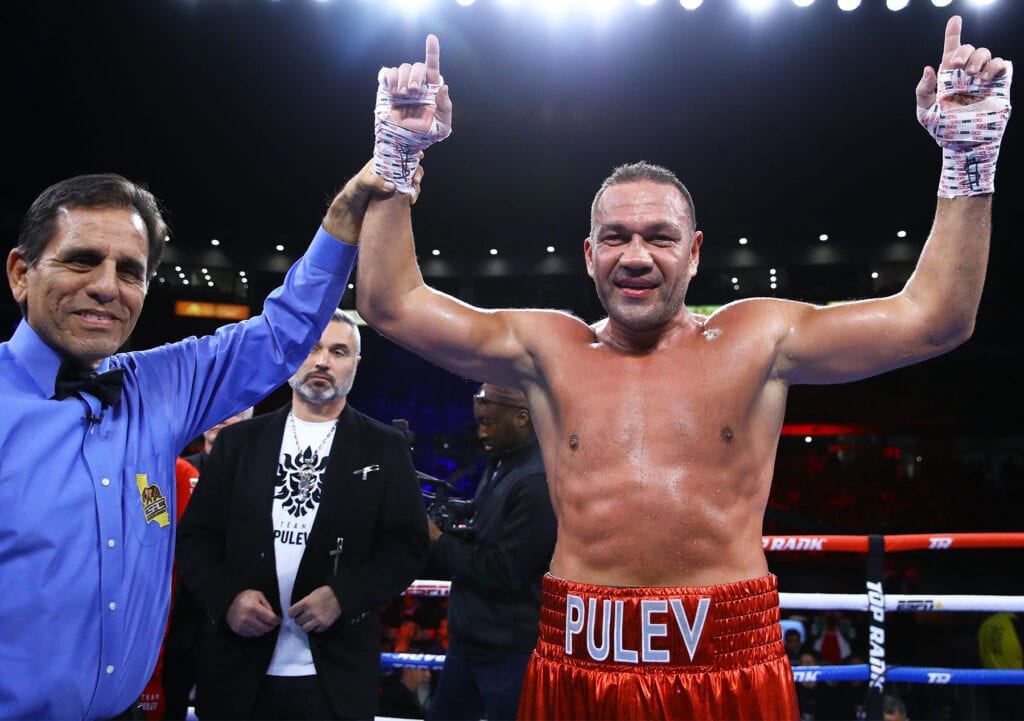 The last time we saw Kubrat Pulev, he was fighting for a world title, now thanks to Triller he’s in action at the end of the month.

Triller Fight Club announced the full card for their debut of Triad Combat set for Saturday, November 27 at Globe Life Field in Arlington, TX and live on Pay-Per-View.

Triad Combat sounds like something out of an old kung-fu flick, what is it?

According to Triller, Triad Combat is a new combat team sport that incorporates boxing and MMA rules in an aggressive, fast-paced manner with the fighters competing in a specially designed triangular ring over two-minute rounds featuring professional boxers competing against professional mixed martial arts fighters.

Triller states that they are leveling the playing field between the two sports utilizing crossover gloves and withholding allowed is, to create an even battleground where neither opponent has a greater advantage.

A three-minute video of what this is supposed to be is below.

Mir holds the records for the most finishes in UFC history (13) and most wins by submission in the UFC heavyweight division (8).

Sporting a record of 28-2 with fourteen knockouts, Pulev’s only losses throughout his career have come in world title bouts to Wladimir Klitschko and Anthony Joshua.

Co-featured, former UFC Superstar Matt Mitrione of Milwaukee, WI will clash with Alexander ‘The Great’ Flores over seven rounds in the heavyweight division.