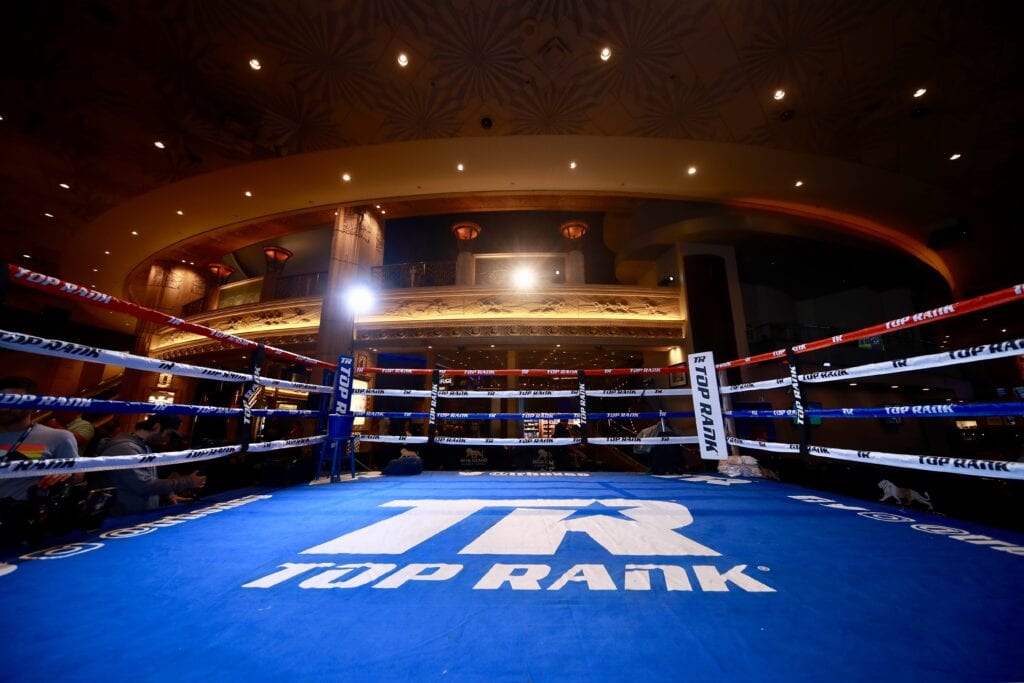 Known as “The Acorn,” Shavers rose to prominence in the first half of the 1970’s. as he gathered some 33 consecutive victories, most of them by KO with his big right hand. And, that streak included a pair of knockout wins over contenders Jimmy Young and Jimmy Ellis in 1973.

But, with a title shot potentially in sight, Shavers was upset on the first round TKO in December of that year by Jerry Quarry at Madison Square Garden in New York. That setback was coupled by another loss to a little-known fighter named Bob Stallings in November of 1974 and later another loss to contender Ron Lyle by TKO in September of 1975.

Still, it was after the Lyle loss that Shavers began scoring impressive knockout wins, albeit against lesser competition in four of his next five bouts. That landed him title a shot at the legendary Muhammad Ali in a 15 round bout that went the distance in September of 1977.

Shavers pushed Ali physically and even landed a couple of those trademark overhand rights, but “the Greatest” was simply better in the unanimous decision win.

Shavers would lose his next bout to an up and coming contender, who would later become champ in Larry Holmes in March of 1978. That decision win by Holmes set him for a title shot and wild decision victory over Ken Norton for the vacant WBC Championship later that same year.

Meanwhile, Shavers was back knocking out opponents, including Norton in the first round in March of ’79, and it  eventually led to a rematch with Holmes for the WBC championship in Las Vegas on network TV in the U.S.. It was an epic battle in September of that year, where Shavers dropped Holmes with an overhand right bomb and had the champion in clear trouble. However, Holmes survived, recovered and eventually, wore down and stopped “The Acorn” in the 11th round to retain.

You can re-live that bout here

It would be the last championship bout of Shaver’s career.

In August of 1980 he suffered an eighth round TKO laws to popular Randall “Tex” Cobb, which basically spelled the end of his days as a big time contender. Shavers fought on and actually amassed more than 70 wins retiring in 1983 for the first time before coming back four years later in May of ’87 to defeat Larry Sims by second round knockout. Shavers had fought and beaten Sims much earlier in their careers.

Shavers then went back into retirement for eight more years before fighting twice at the age of 42 in 1995 with one win and one loss. He finished with a 74-14-1 career mark.

After his boxing career concluded, Shavers moved to the Phoenix area where he became an ordained Christian minister. He later move to England in the early 2000s, where he was also a preacher.

Shavers had 10 children by various women including five with his wife Laverne and had 24 grandchildren. He will definitely be remembered as a colorful hard punching figure that battled two of the greats of of the division in the 1970s.