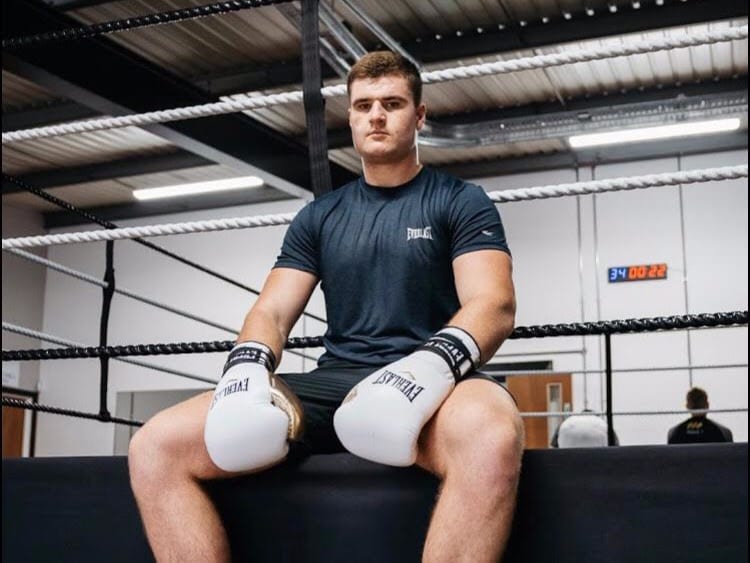 Johnny Fisher is planning on announcing himself as the latest contender in a thriving domestic Heavyweight scene when he takes on Matt Gordon on his highly-anticipated professional debut at The SSE Arena, Wembley on Saturday, February 20, live on Sky Sports in the UK and on DAZN in the U.S. and more than 200 countries and territories.

A brief but explosive stint in the amateurs saw Fisher score nine first-round knockouts in ten wins, and now the big-hitting 21-year-old will look to climb the ranks in the paid code under the guidance of respected trainer Mark Tibbs.

“To finally have the date is so exciting, to be making my professional debut on Sky Sports and DAZN is incredible bearing in mind six or seven months ago I wasn’t sure what I would be doing,” said Fisher.

“I can’t wait for the whole experience, I’ve been watching all the shows since Fight Camp last summer and to be involved in one is amazing. I’ve learnt so much since I started with Mark. I have still got a long way to go but with the great team I’ve got around me I’m in good hands.”

Standing in the opposite corner of Fisher will be 36-year-old Gordon (2-5-1), who has shared the ring with the likes of David Adeleye, as well as other highly-rated young prospects. Despite being aware of the dangers Gordon poses, Fisher is embracing the challenge ahead and is targeting a statement KO victory.

“Matt Gordon has got to be given a lot of respect. He’s been in there with some good prospects and it’s going to be a good test for me. There’s not going to be any easy fights given the circumstances we find ourselves in and Matt Gordon comes to fight, this is a good starting point for me to get the ball rolling.

“I’ve got tools, I can have a scrap and a tear up but it’s about using my skills correctly. I’m going to be controlled in this fight, I’ve got a great jab and I don’t have to get involved in wars even though I’m capable of doing it.

“I want to get the knockout win as it’s my professional debut on Sky Sports and I look forward to showing all the fans what I’m about in this fight.”

Jessica McCaskill Embraced Chicago Blizzard In Training
Brandun Lee In Action In March
Advertisement
To Top
We use cookies to ensure that we give you the best experience on our website. If you continue to use this site we will assume that you are happy with it.OkPrivacy policy