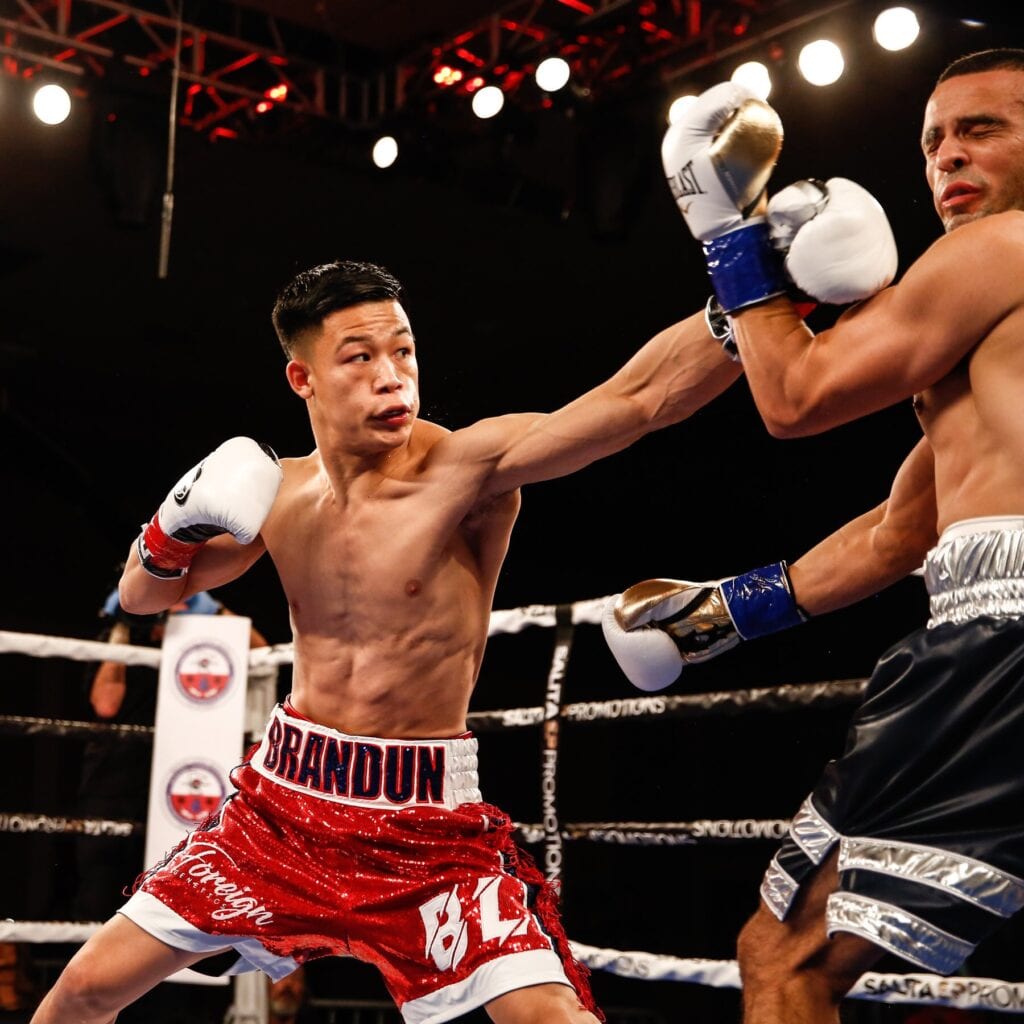 Brandun Lee In Action In March

During last night’s ShoBox telecast, SHOWTIME unveiled the main event for the next edition on March 10. One of boxing’s fastest-rising prospects Brandun Lee will return to the “Fight Sphere” at Mohegan Sun in Uncasville, Conn., for the third time when he takes on Samuel Teah Wednesday, March 10 live on SHOWTIME at 9 p.m. ET/PT in the main event of a ShoBox: The New Generation telecast.

The highly regarded Lee made quick work of the previous two opponents he faced at Mohegan Sun Arena scoring a highlight-reel first-round KO of Jimmy Williams on ShoBox in October and a third-round stoppage of Dakota Linger in December. Lee has KO’d all but two of his professional opponents and owns 12 first-round knockouts.

Trained by his father Bobby, Lee fought four times in 2020, including a third-round TKO over Camilo Prieto in one of the final live sporting events to take place before the COVID-19 pandemic shut down the sports world for several months in March.

Lee had a decorated amateur career with an estimated record of 196-5. He was the 2015 U.S. Junior National Champion, taking home the gold medal at 145 pounds. With lightning quick hands that pack power, the exciting Lee has sparred with Mikey Garcia, Devin Haney, Mauricio Herrera, Timothy Bradley Jr., and Thomas Dulorme, to name a few.

Teah, born in Liberia and fighting out of Philadelphia, has had mixed luck on ShoBox. A three-fight veteran of the developmental series, Teah scored a unanimous decision over previously undefeated O’Shaquie Foster in 2015 but dropped a majority decision to Montana Love in 2018.

Most recently on ShoBox, Teah scored a unanimous decision over Kenneth Sims Jr. in November 2018. The 33-year-old Teah, who did not start boxing until the age of 19, also owns an impressive win over Sonny Fredrickson and beat Dieumerci Nzau his last time out in March 2020.