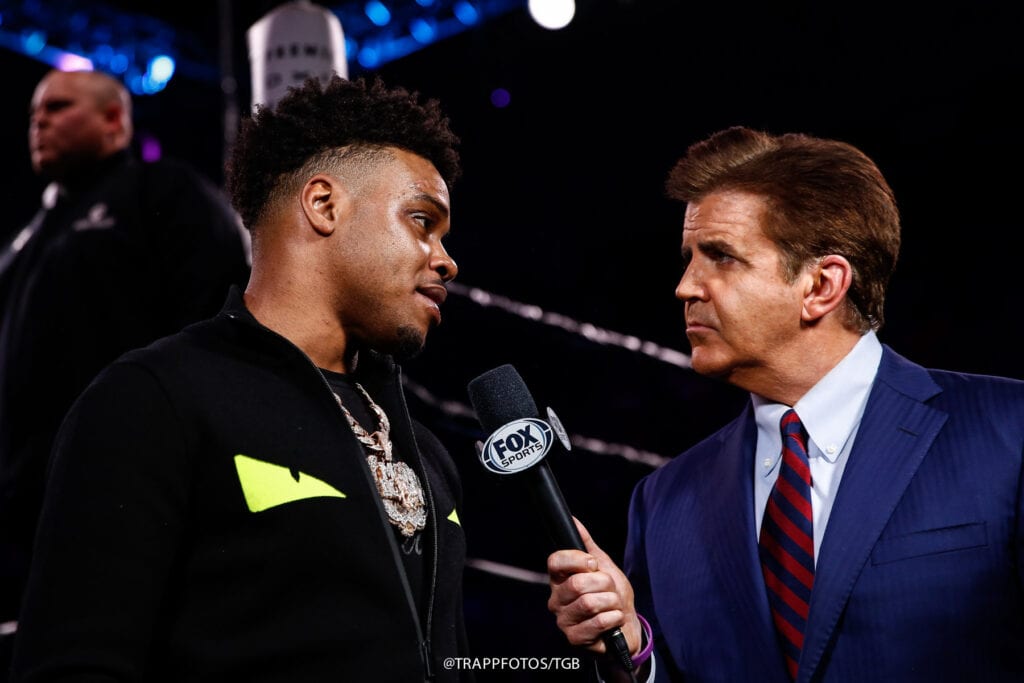 A year ago Unified World Welterweight Champ Errol Spence was involved in spectacular, and potentially life threatening, one car crash in the early morning hours on a deserted Dallas. TX, street. And now, first the first time, he’s shared a graphic photo of his facial injuries.

Spence, who owns the WBC/IBF titles, took to Instagram to reveal the gruesome severity of having been thrown from his sports car, as it catapulted down a median and ended up in a vacant business parking lot. 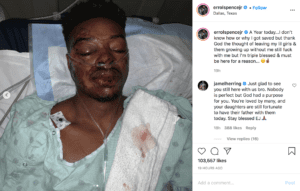 Amazingly, other than a reported hairline fracture of his jaw and a concussion, Spence escaped most other significant injures. That is, other than the gruesome facial scrapes from the street, etc.

Spence was charged by Dallas authorities with DUI. However, due to their being no other vehicle involved and no other property damage, those charges will likely be reduced.

Spence was not seen publicly for over three months after the accident, as he appeared first on a January PBC on Fox card and was interviewed about the accident (above) by host/play by play man Brian Kenney.

Spence had been intending to fight former Unified Jr. Welterweight Champ Danny Garcia early in 2020 before the car accident and then, the Covid 19 outbreak shut down the sport in March.

Spence was last in the ring winning the Unified 147 lb. title with a 12-round impressive decision over WBC champ, Shawn Porter, in September 2019 in Los Angeles. The car accident happened two weeks later.

Now, Spence has begun full training and that includes, sparring for the first time after the car accident, recently.

Further, the Garcia battle will now not only be a pay per view on December 5th, but it will now be at AT&T Stadium in Arlington, TX, with some fans present. That will likely mean more money for he and Garcia due to the live gate, which could be more than 10,000 fans in attendance.

Spence does have history fighting in the home of the Dallas Cowboys. having dominated former Undisputed Lightweight champion, Mikey Garcia, in a Fox Pay-per-View in March of 2019 at AT&T Stadium.

And, now, thankfully after seeing that post accident photo, he will be ready to be there again in December.

Jamel Herring- Carl Frampton Battle Confirmed
Tyson Fury Wants Out Of Third Deontay Wilder Fight
Advertisement
To Top
We use cookies to ensure that we give you the best experience on our website. If you continue to use this site we will assume that you are happy with it.OkPrivacy policy