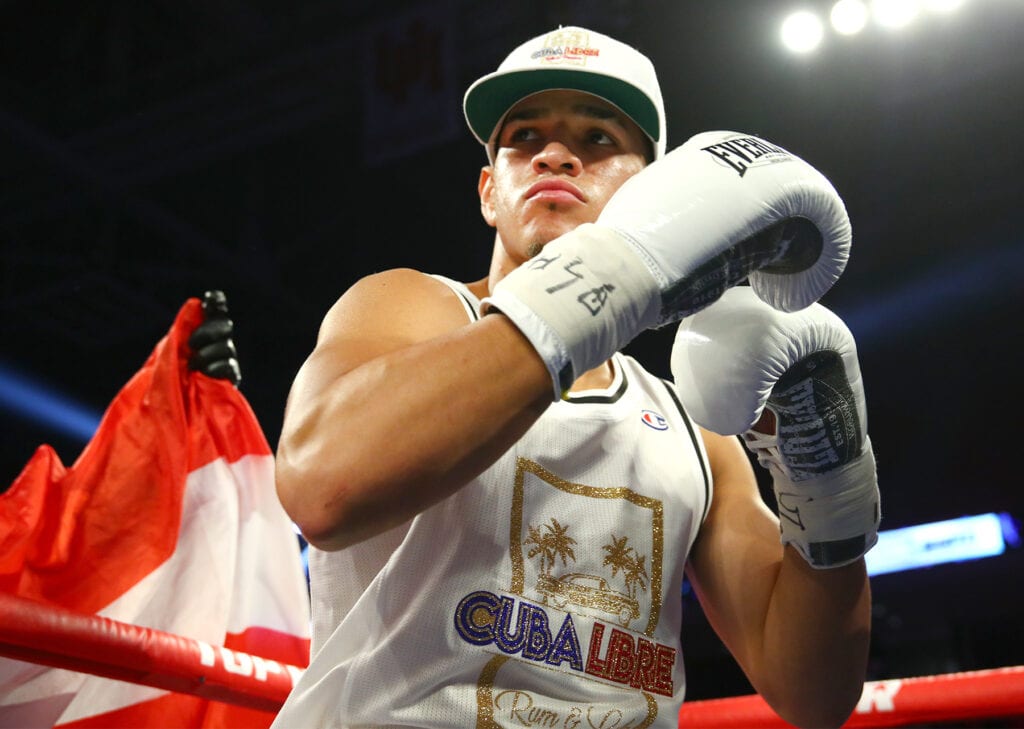 Fast-rising middleweight star Edgar Berlanga has announced that he has linked up with famed New York trainer Andre Rozier and his training team based in Brooklyn, New York.

Berlanga has emerged as a very dangerous force, having stopped all 12 of his opponents in the first round since making the transition to the professional ranks after a standout amateur career.

The New York-based banger, latest stoppage came on the Top Rank’s event in Philadelphia last weekend over Gregory Trenel, discussed his joining up with Rozier and Team Havoc and his ambitions going forward in the paid code.

Berlanga said to the press: “I’m blessed to have been able to be where I’m at in boxing today. I have an amazing promotional and management team backing me headed up by Top Rank and I have now linked up with Andre Rozier which I believe is going to take me to the top and ultimately to world titles.

“Andre is a fantastic trainer, he’s proven time and time and again he can develop a fighter from nothing to a world champion. I believe I have the ability to be world champion and I believe Andre and the team in Brooklyn will bring that out of me.”

Rozier, who recently launched Havoc Management, Advisory, Media and PR outfits is no stranger to fight fans and training world level fighters, spoke about the latest signing in Berlenga.

The Brownsville native Rozier stated: “Edgar is a tremendous fighter. He has all the natural ability to go as far as he wants to in boxing and we intend on guiding him to those elite levels which I alongside Team Havoc all believe that he can achieve.

“I personally think he is one of the best prospects in boxing today and myself alongside Terrence Simpson, Lenny ‘Lovefresh’ Wilson and Gary Stark Sr have made a habit of turning these prospects into champions and it will be the same story with Berlanga.”

Berlanga will have a quick turn around with Rozier in his corner as he is scheduled to be in action in October against an opponent to be named at a later time.