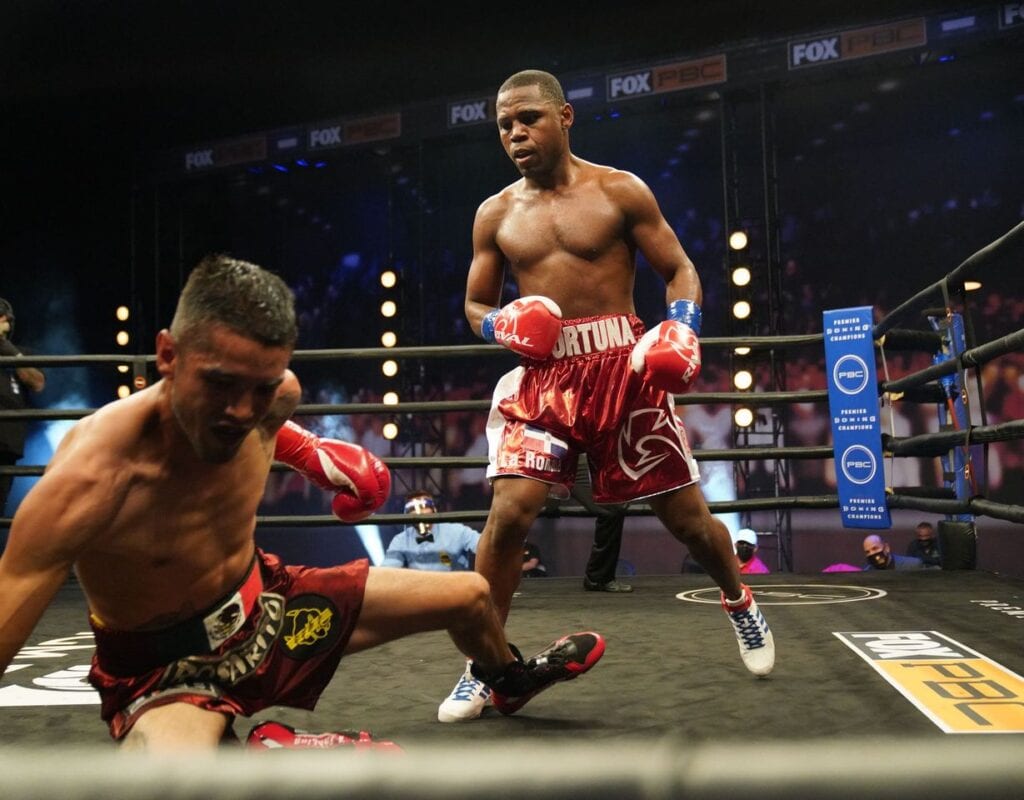 Haney was on hand Saturday night to get booed during the eliminator contest, where Ryan Garcia stopped Luke Campbell by KO in the 7th round, and said he’s looking forward to taking on Garcia.

Garcia, after the “decent” win, of course, pulled the swerve and decided to call out Gervonta “Tank” Davis instead.

Lost in the sauce and celebration of Garcia’s victory over Campbell Saturday night is the prospect that he also wants his shot at the same title that Garcia earned in Dallas.

“El Abejon” Fortuna (36-2-1, 25 KOs) was last seen in action in one way traffic-stopping Antonio Lozada back in November. Since that victory, his team at Sampson Boxing put the order into the WBC, and Fortuna himself came out on his social media to take a shot at the champion Haney.

Fortuna posted on his Instagram that Haney is a coward and a Hotmail champion.

“Get up and let’s go to this coward,” Fortuna posted Sunday on his gram.

While I wait for him to accept my friend request, I’ll just credit “A Twitter named Deuce” with his tweet and screen grab in the meantime.

The Hotmail champion is a new crack back on Haney’s being emailed the title given to him when the WBC “franchised” then-champion Vasiliy Lomachenko back in 2019. Someone will show their age and call Haney the AOL champion while he has this belt at 135.

We’ll wait and see which mandatory comes up first, but it is safe to assume that the contest with Fortuna will come first for Haney instead of Garcia, but if you think I have any clue what the WBC will do, I’d be lying to you. Having said that, I expect Fortuna, who has been long waiting for his shot at the belt since last year when he was supposed to battle for it when Haney had shoulder surgery last year, is next.