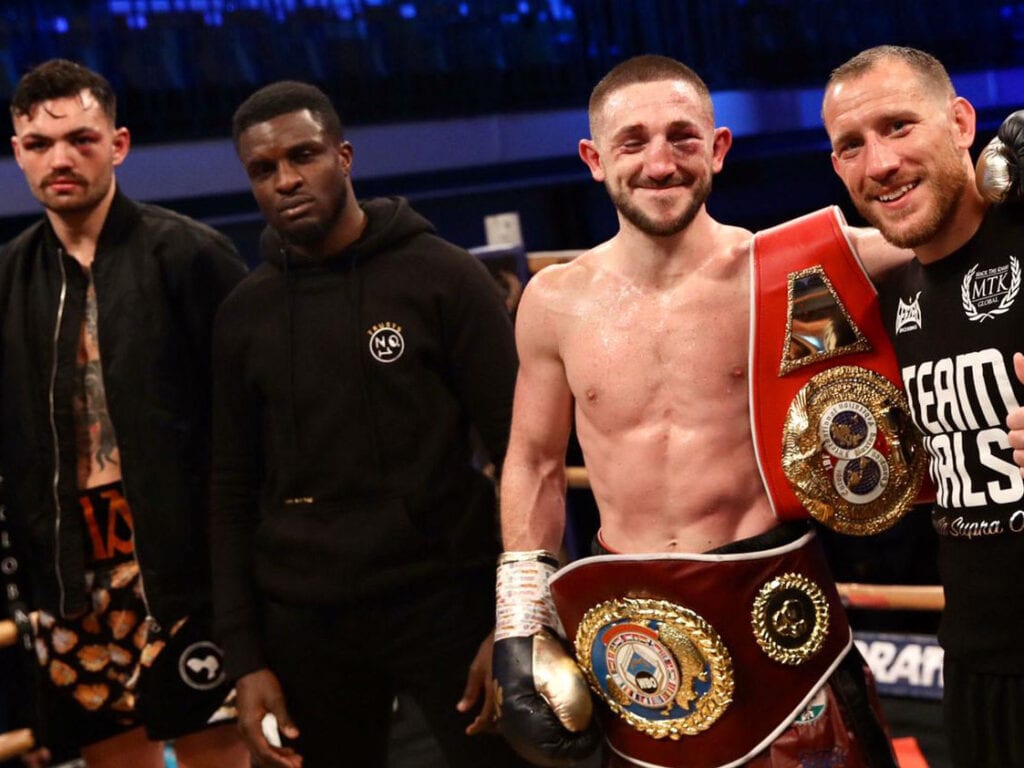 Jazza Dickens feels some of his past fights experiences make the closed down showdown with Ryan Walsh make him more than ready for the #GoldenContract featherweight final.

It’s been a rollercoaster of a career for Dickens, which has involved fighting in various venues throughout the UK, along with time spent out in the Dominican Republic and Miami, and he feels those past adventures give him an advantage ahead of the contest with Walsh.

NO CROWD? NO PROBLEM! ✅@JazzaDickens10 says fighting in empty arenas around the world during his whirlwind career gives him an advantage ahead of his #GoldenContract final with @Walsh7Ryan.

Dickens said: “I traveled the world as an amateur fighting in quiet sports halls, and I boxed in the Dominican Republic in front of ten people three years ago.

“I’ve also boxed in empty arenas as a professional. I was on after the main events as the live float for the Hatton vs. Senchenko fight, and Price vs. Thompson. One hour earlier those arenas were packed.

“In one fight I got told ‘you will be paid but you won’t fight.’ I told them ‘I need to fight, get me on!’ The lights went out before the decision and people were brushing up around the ring.

“In the Dominican Republic three years ago in front of 10 people, I realized why I do it and why I love it so much. It was a real fight, a ‘straightener’ as we call it in Liverpool.

“As always I’ll fight my fight and I’ll give 100%. This is a once in a lifetime chance. There might be no crowd, but big money is up for grabs.”

The #GoldenContract featherweight final takes place on the same night as the super-lightweight final, as Ohara Davies faces Tyrone McKenna, while that evening also sees a light-heavyweight semi-final between Liam Conroy and Serge Michel on the undercard.

The other light-heavyweight semi-final sees Hosea Burton travel to Latvia to take on Ricards Bolotniks on September 26, with that fight broadcast live on IFL TV.

Oscar De La Hoya wants arbitration instead of Canelo lawsuit
Braekhus-McCaskill II in 2021 after rematch clause exercised
Advertisement
To Top
We use cookies to ensure that we give you the best experience on our website. If you continue to use this site we will assume that you are happy with it.OkPrivacy policy