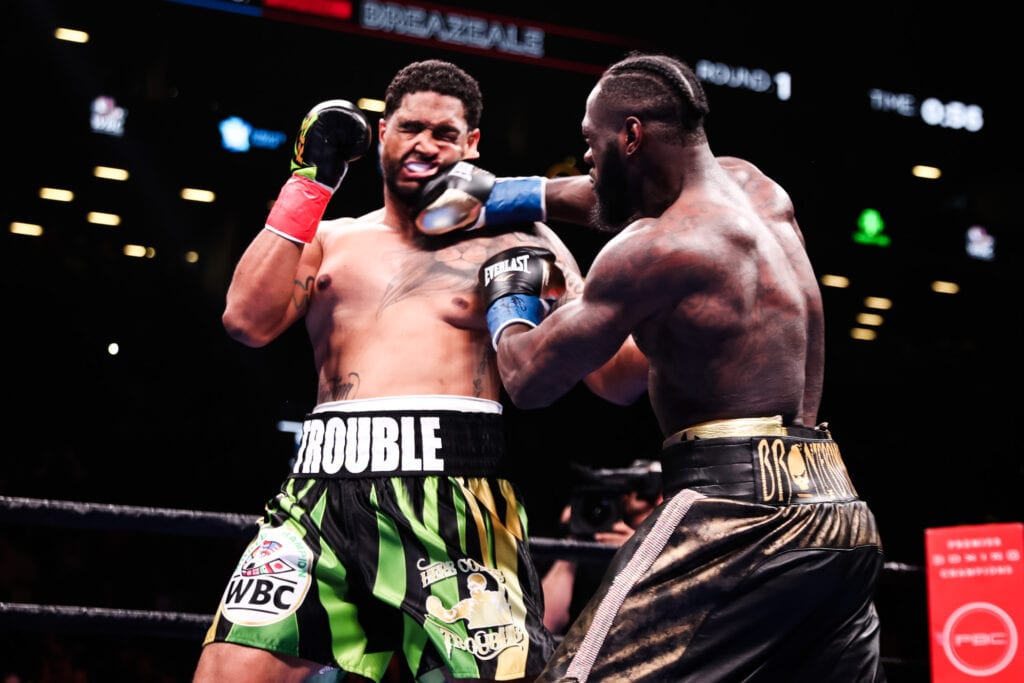 Deontay Wilder will be on Fox call of Kownacki-Arreola

There’s already significant buzz in New York about unbeaten Polish-American heavyweight Contender Adam Kownacki headlining the main event for PBC Saturday night. And, arguably Premier Boxing Champions most notable fighter will now be on the Fox play by play broadcast of the battle.

Fox Sports announced Thursday afternoon the WBC heavyweight champion Deontay Wilder will be on the mic at Barclays Center in Brooklyn, NY, as Kownacki takes on veteran Contender Chris Arreola:

Saturday will be a celebration of the heavyweights ??

First, the move was necessitated as Arreola is being trained by noted corner man Joe Goossen. Goosen is one of the regular commentators on the Fox broadcast team along with play-by-play man, Kenny Albert and former Undisputed World Heavyweight Champion, Lennox Lewis.

Albert and Lewis will be in their customary roles Saturday night and Wilder will get a ringside seat to potentially scout a future opponent.

Kownacki (19-0 15 KOs)  has a chance to now become the top-ranked contender by the WBC. This after that body stripped it’s number one ranking from England’s Dillian Whyte earlier this week after he tested positive for PEDs prior to his win over Oscar Rivas July 20th.

Wilder is slated to rematch Luis Ortiz later this year. The two battled last year where Ortiz actually rocked Wilder before the champion scored two knockdowns and a TKO in the 10th round.

Wilder was also part of the Manny Pacquiao-Keith Thurman Fox Pay-Per-View broadcast two weeks ago, as a pre and post fight commentator. He was also joined on the set by the new WBO, IBF and WBA heavyweight champion, Andy Ruiz that night.

Ruiz is also promoted by Premier Boxing Champions, and it’s entirely possible that Wilder and Ruiz may be meeting at some point. This is especially, if Ruiz knocks off Anthony Joshua for a second straight time, whenever their rematch occurs.

Kownacki who has five KOs in his last six fights is heavily favored to get to 20-0 Saturday and make his case to fight Wilder, Ruiz, Joshua or another huge name early in 2020.