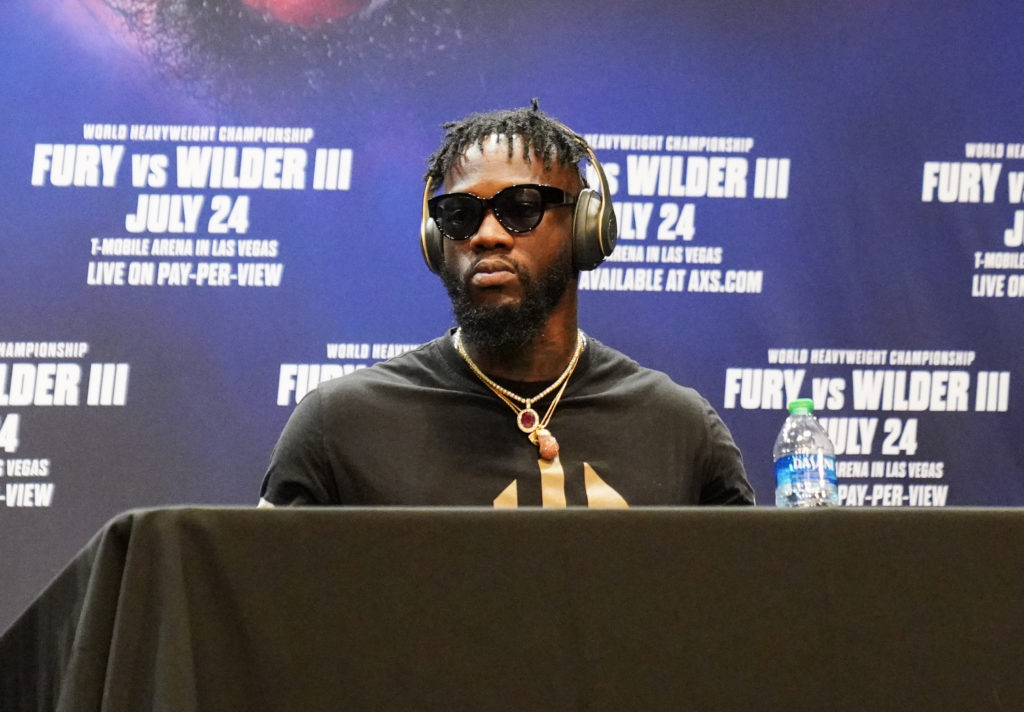 On Tuesday afternoon in Brooklyn, NY, former WBC heavyweight champ Deontay Wilder made clear that he knows his return to the ring after failing to regain his title from Tyson Fury late last year is not going to be easy.

Wilder spoke to the media virtually for his scheduled October 15th bout with fellow veteran Robert Helenius at Barclay’s Center in advance of their scheduled Fox Sports/PBC pay per perview,

“I’m looking forward to October 15 and sharing the ring with Robert. I highly respect Robert and his team. We’ve always had a connection, but unfortunately in this business, you have to go against each other sometimes. But make no mistake, just because we know each other, it doesn’t mean this fight won’t be interesting,” Wilder said Tuesday.

“Every time I fight, you’re on the edge of your seat, because I’m going in there 110%. I’m looking forward to this fight and coming back to Barclays Center, where some of my most exciting knockouts have occurred. I have remarkable memories there and I can’t wait to display my talent.

“I know what Helenius is capable of doing and I know what kind of heart he has. He’s coming to bring his best and I always bring mine. This is a serious fight between two warriors in the heavyweight division. We’re coming to put it all on the line.”

This is a matchup of two fighters that are currently headed in opposite directions. For the former champ Wilder, (42-2-1, 41 KOs), he was beaten decisively and stopped twice by WBC champ Fury, including an 11th round TKO last October in Las Vegas.

Meanwhile, the second of Helenius’ (30-3, 19 KOs) two impressive TKOs of fellow contender Adam Kownacki came on the Fury-Wilder III undercard that night. And, he is certainly much tougher than the level of competition that Wilder could have picked in his comeback bout.

Now, the two will battle in a scheduled 12 round main event for relevance in the 2023 WBC title picture. And, Wilder knows that a win, if not KO or stoppage, will put him right back in the mix.

Of course, the “Nordic Nightmare” Helenius also realizes the same future awaits him with a victory, too.