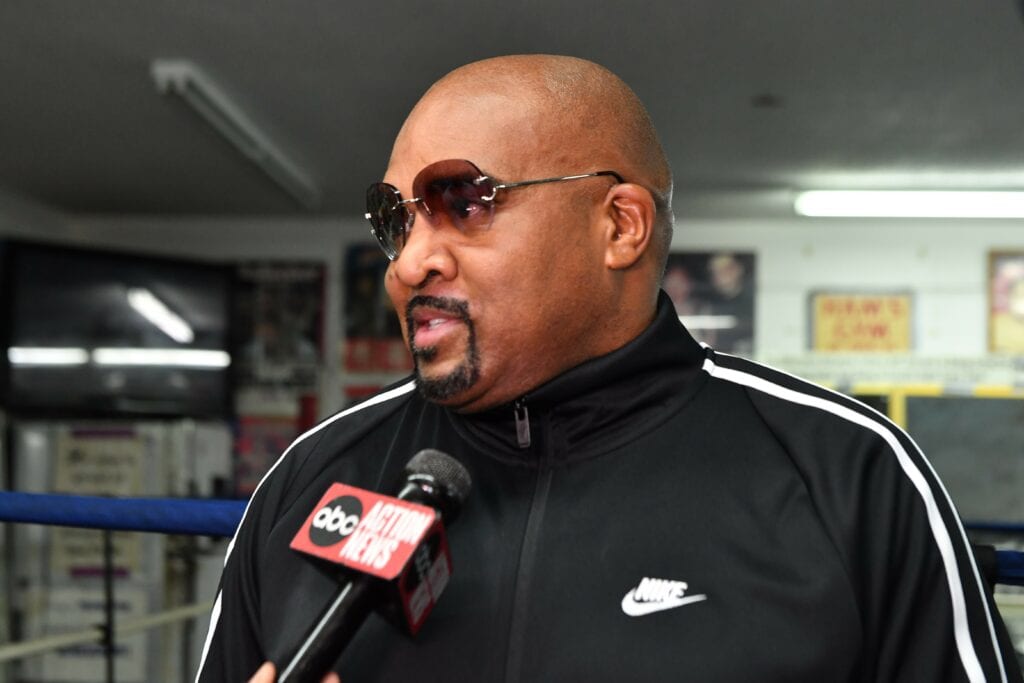 It doesn’t look like Gervonta Davis and Tevin Farmer will be battling in the ring anytime soon. This is especially after Davis advisor/promoter, Leonard Ellerbe of Mayweather promotions, blasted rival Eddie Hearn of Matchroom Boxing on social media Friday.

First, as we wrote previously, Davis the WBA super featherweight champion from Baltimore is looking for a bigger profile opponent and possible unification fight with the IBF 130 lbs. champion, Farmer. However as is commonly been a stumbling block over the past few years, Davis is promoted by Mayweather Promotions/PBC and his fights have been on Showtime premium cable in the USA.

Farmer is promoted through Matchroom Boxing and, his last two fights have been on DAZN streaming service.

However, that didn’t stop Hearn from reportedly offering Davis a $5 million guarantee to jump networks and  fight Farmer on DAZN later this year.

Well, let’s just say that Ellerbe made clear in a series of tweets Friday morning, that they have no interest in doing a deal with Hearn or to be streamed on DAZN, for what they believe is minimal audience.

Here was Ellerbe responding to a the scenario of blind purse bids, etc. involving Hearn/Matchroom/DAZN:

Putting our star on a app that nobody is watching. Stop playing with me! https://t.co/SrhaPcY37O

Then, for good measure, a few minutes later Ellerbe again tweeted about the deal that Mayweather Promotions offered Farmer:

I made Farmer’s promoter a great offer to make the fight and Farmer didn’t like the offer. Davis is a star he is not https://t.co/SrhaPcY37O

Davis just successfully defended his WBA 130 lbs. title at the end of July in his hometown of Baltimore. Headlining on Showtime, Davis scored a second round KO of little known Panamanian Ricardo Nunez to improve to 22-0 with 21 KOs.

Coincidentally, Farmer (30-4-1, but only 6 KOs) was defending his IBF belt, simultaneously in Arlington, Texas, on that same Saturday night, as the co-main event on DAZN. He was victorious with a 12 round easy decision over Guillaume Frenois.

And later Friday morning, Ellerbe wanted to make clear that Hearn/DAZN have no leverage in the negotiations with them:

@EddieHearn let’s be clear: 1. You can’t offer Mayweather Promo shit as it relates to Tank/Farmer. 2. We are not https://t.co/SrhaPcY37O

So, the public “back and forth” between promoters (which is common) continues on possible Davis-Farmer. Just don’t expect it to end up on DAZN.

Meanwhile, it’s also possible that WBA Featherweight (126 lbs.) champ Leo Santa Cruz, who is a PBC fighter, could move up and fight Davis this winter on Showtime, instead.