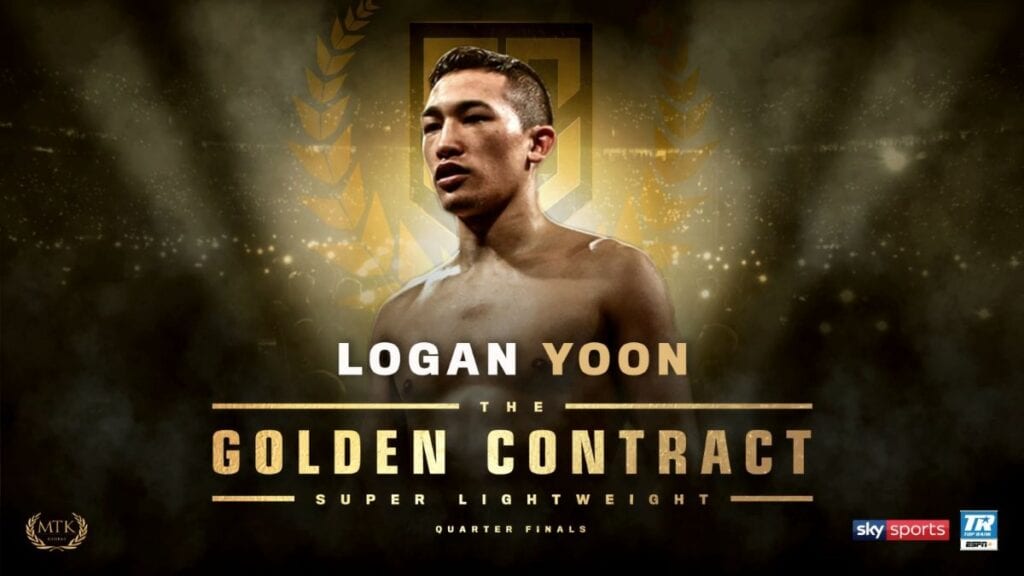 Undefeated Logan Yoon has been named as the final fighter for the super-lightweight Golden Contract tournament starting in London on November 22.

The final entrant in the super-lightweight #GoldenContract is..

“I can’t wait to hop into that ring in London, showcase my talents and to prove that I’m the best super-lightweight boxer in the world.”

MTK Global Professional Development Coordinator Jamie Conlan said: “We’re delighted to welcome Logan into this tournament and complete the line-up for the super-lightweights.

“Everyone who’s taken even a passing interest in boxing knows the Americans have produced many of the greatest fighters of all time and who knows how far Yoon can go? Winning this tournament could propel him to instant stardom.

“It’s now a healthy mix of talent more familiar to UK fans alongside some very dangerous international fighters like Yoon who are looking to announce themselves in emphatic style.

“We’re less than two weeks away from the featherweight draw for the first #GoldenContract show on October 4 and now the super-lightweight entries are full as well, the anticipation is cranked up another notch.”

Further news of the light-heavyweight division, with the likes of Hosea Burton, Steven Ward, Liam Conroy, Bob Ajisafe and Serge Michel already confirmed, will be forthcoming in due course