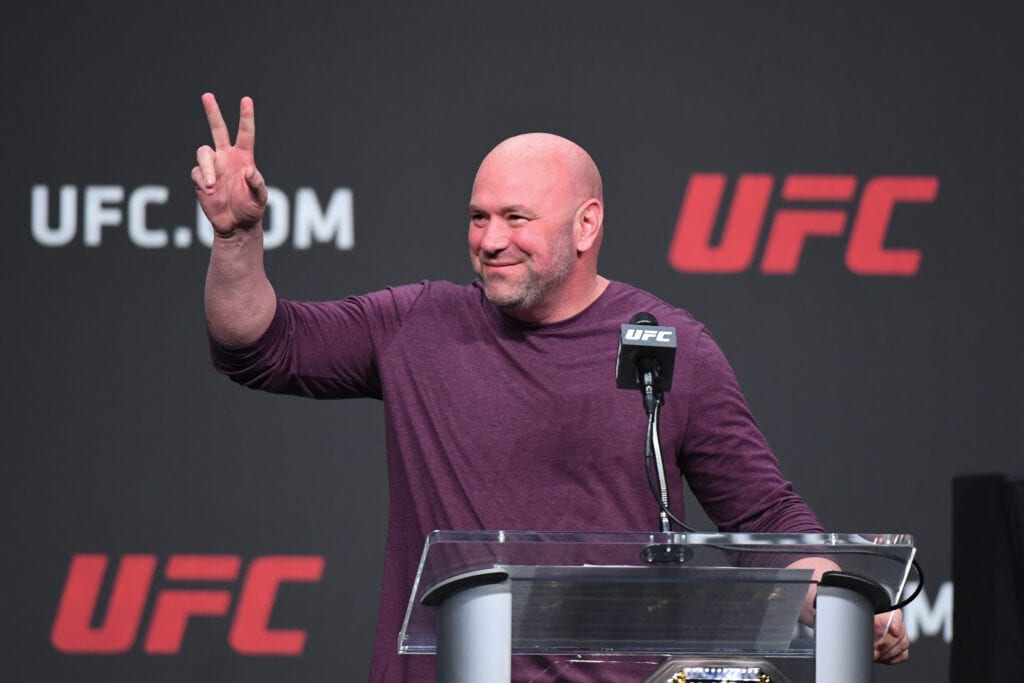 He’s been hinting at it for a long time now, but it seems UFC president Dana White is finally set to get in the ring of the sweet-science.

Now he plans on using a more UFC-centric model for Zuffa Boxing, and White now has a targeted launch date for the promotion later this year.

“I’ve hired a guy to come in and run the boxing side,” White said in a recent UFC interview. “Actually over here on the other side of my office, construction is going on, we’re building offices and a war room and all the things that we’re going to need for this thing to start running in October.”

The construction that White was referring to was the completion of the new UFC Apex in Las Vegas, which will more than likely serve as the primary home for the promotion for Zuffa Boxing. The concept of in-house production is also one that White has been mentioning for a while.

The UFC Apex will become a massive facility that will include an arena for live fights, which is where the current Dana White Contender Series takes place and is also the location for the upcoming relaunch for “The Ultimate Fighter” reality show.

The UFC Apex plans to be a fully functional production studio, which means all aspects of promotion as well as broadcast needs can be handled there.

In terms of when will we see this in action, we won’t have to wait too much longer.

“I’m hoping to have Zuffa Boxing fully functional and running by October,” White said in the interview.

As of now, White hasn’t made any definite announcements about the boxers who will be signed to Zuffa Boxing or a broadcast partner where the fights will be shown. Having said that, when Zuffa Boxing launches it’s a safe guess to air initially on UFC Fight Pass. We will find out more shortly and quickly how this will look.

Jarrett Hurd-Julian Williams II set for December
Barboza Jr in action on Navarrete-Da Vaca undercard
Advertisement
To Top
We use cookies to ensure that we give you the best experience on our website. If you continue to use this site we will assume that you are happy with it.Ok