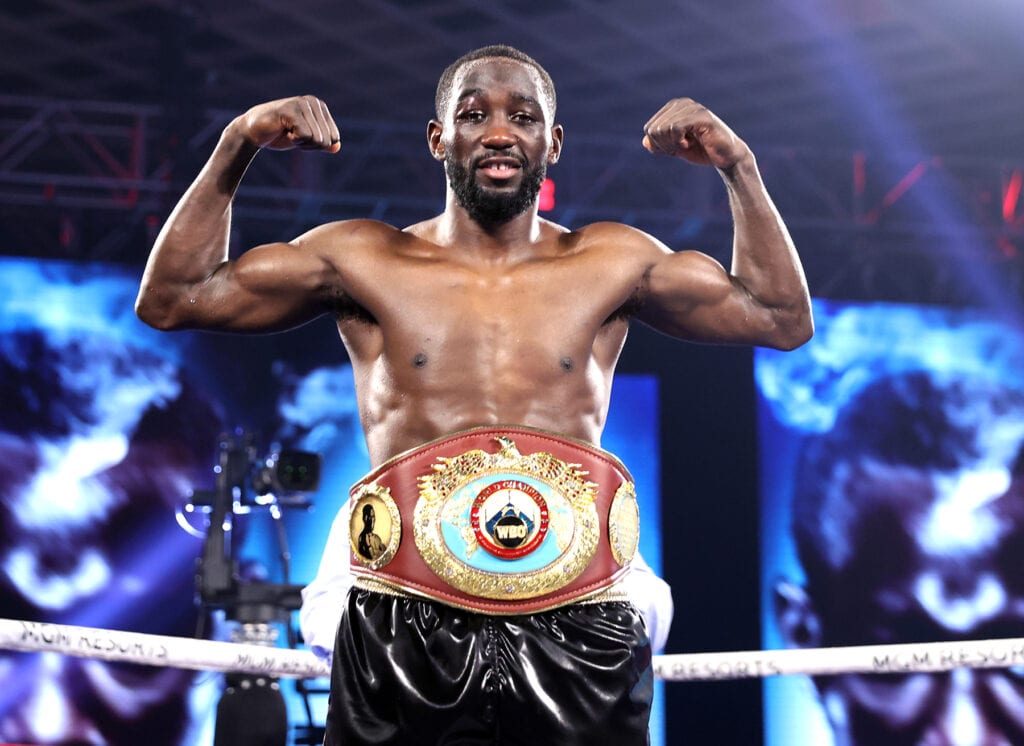 The purse bid scheduled for WBO World Welterweight Terence Crawford and former WBC champ Shawn Porter was supposed to be resolved this weekend got an extension.

Lance Pugmire of The Athletic tweeted over that the weekend that the Welterweight contest that was supposed to be bid on this past Friday was pushed back to Wednesday, September 2nd at noon Eastern. That’s, if both Top Rank and Premier Boxing Champions don’t have a deal for the fight by then.

Learned by @TheAthleticBOX that the purse bid for the @terencecrawford @ShowtimeShawnP @WorldBoxingOrg welterweight title fight will be conducted Sept. 2 at noon Eastern at WBO offices in Puerto Rico if no deal struck before then.

When the fight was announced by the World Boxing Organization last month, the possibility of the fight going to a purse bid was something used to get the fight finalized. This new date hopefully gets the fight made official by then. Those looking to hear an update on this fight from Porter, who was on the broadcast of Saturday night’s Yordebis Ugas-Manny Pacquiao PPV, didn’t get it. It would’ve been neat to get that fight announcement alongside the confirmation of the Canelo Alvarez- Caleb Plant fight by Plant, who was in attendance at the contest.

The talks for this fight based on multiple sources haven’t gotten anywhere yet, and the bid date is delayed. This also gives Porter a chance to take another fight if he is given the battle to take by Premier Boxing Champions. Either way, “The Porter Way Podcast” drops on Tuesday on Youtube this week and he might hint at it.

Last November, in his most recent fight, Crawford (37-0, 28KOs) stopped England’s Kell Brook in four rounds. Crawford had held the WBO title since 2018, when he defeated Australian Jeff Horn. Porter (31-3-1, 17KOs) was last in action last August, beating Sebastian Formella on unanimous decision. Porter would be the fifth title defense for Crawford and his most challenging test at Welterweight to date.

Crawford-Porter is a fight many are looking forward to as the 2021 fight year comes to a close. Here is hoping this one gets added to the fight calendar.