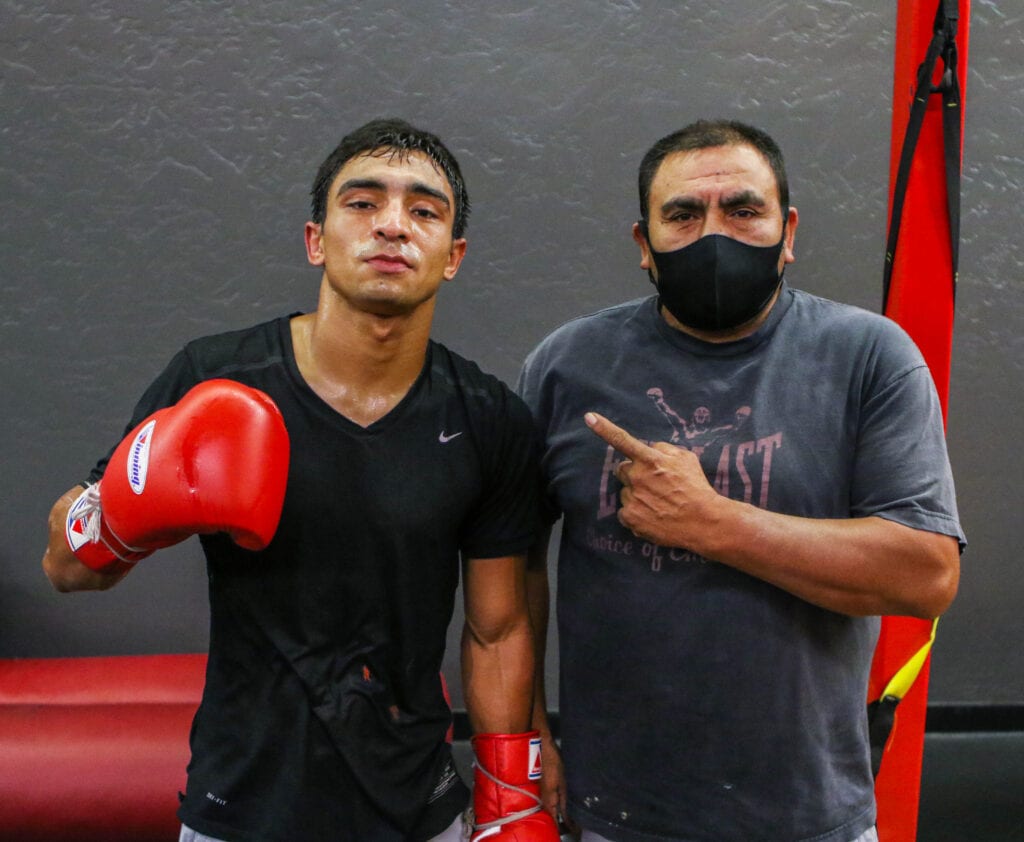 Unbeaten featherweight prospect Eros Correa shared updates from his training camp as he prepares to take on fellow unbeaten Henry Arredondo in FS1 PBC Fight Night action and on FOX Deportes this Saturday, November 14 from STAPLES Center in Los Angeles.

The event will be promoted by TGB Promotions and will take place without fans in attendance at STAPLES Center in downtown Los Angeles.

Here is what Eros had to say about training camp, Arredondo, and more:

On his recent training camp.

“I spent the first month of camp in Las Vegas with Bob Santos, training and sparring with the Barrientes Twins (Angel and Chavez) and a few others. When my fight got pushed back, I finished off camp in my hometown of San Jose and got good work with Victor Pasillas, as well as some other top fighters in the Bay Area. My coach Martin Nunez, who has been with me since I turned professional, is making sure I’m peaking on fight night. It’s been a long camp and I’m in the best shape of my life.”

On his matchup with Henry Arredondo.

“I know he’s a solid fighter with a lot of power. We’ve sparred before so I know what I need to do to be victorious. This by far will be the toughest fight of my career. We are both undefeated so fans can expect to see two warriors giving it their all. When the final scorecards are read, I believe my hands will be raised in victory.”

On making his PBC televised debut.

“This is the turning point in my career being that it’s my televised PBC debut on FS1. I’m in the prime of my career and I’ll be at my best. I’m going to make this fight a war by bringing a lot of pressure, making it a fan friendly fight.”

On what a win will do for his career.

“A victory against Arredondo will put me in position to climb up the rankings. In addition, a win will give me an opportunity to fight back on PBC. I know what is at stake and I’m not cutting any corners. I’m going to get this win and march toward my dream of becoming a world champion.”

Dillian Whyte Questions Whether Povetkin Had Covid 19
Teixeira-Castaño fight scheduled for February
Advertisement
To Top
We use cookies to ensure that we give you the best experience on our website. If you continue to use this site we will assume that you are happy with it.OkPrivacy policy