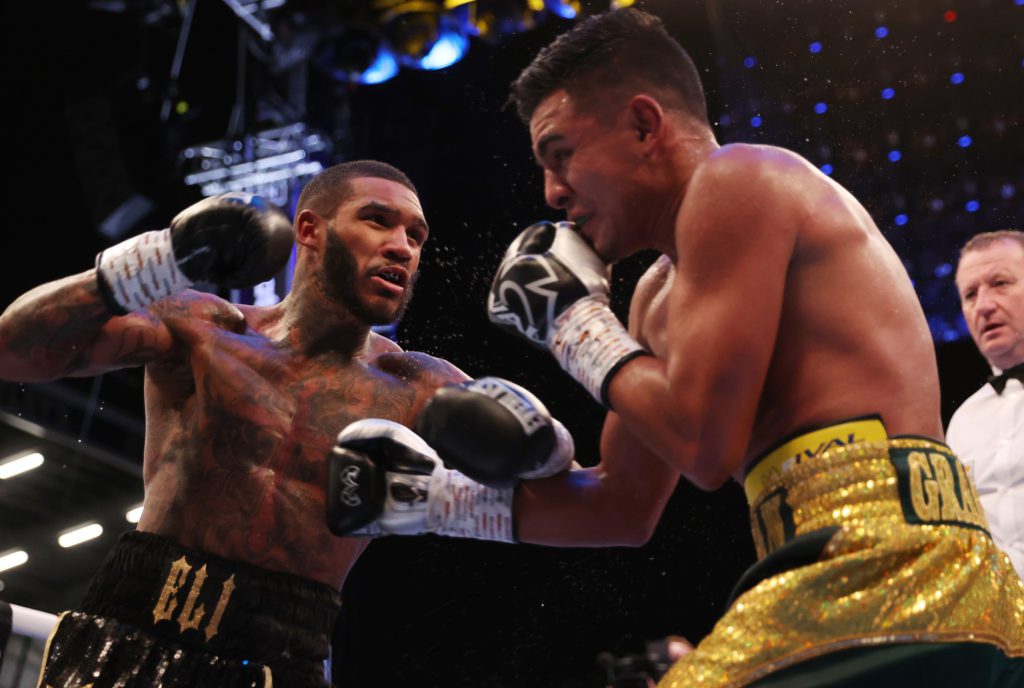 ‘The Destroyer’ (19-0, 12 KOs), who has made incredible improvements under Tony Sims, is one of the hottest talents in world boxing following an impressive run of standout wins that have skyrocketed him into World Title contention in the ultra-competitive 147lbs division.

The 24-year-old Essex native began his excellent run of form by dominating Germany’s Sebastian Formella over ten rounds last November, outfighting and outboxing the former IBO World Champion at the top of the bill at The SSE Arena, Wembley.

Benn sent out a brutal warning to his Welterweight rivals by wiping out Samuel Vargas inside the opening round at the Copper Box Arena in April, living up to his nickname as he took just 1 minute and 20 seconds to viciously halt the durable Colombian.

Some huge nights ahead ✨

20,000 fans gave Benn a deafening welcome as he made his first-ever ring walk in Leeds, and the fan-favorite repaid their support by widely outpointing the elusive Mexican Granados to retain his WBA Continental Title and stay in line for a World Title shot.

Hear the news of the week and recap the great historical Ali-Spinks II and Leonard-Hearns I bouts from 40 years ago that each have anniversaries this week on our Big Fight Weekend Podcast by clicking below,

“I am extremely excited to extend my professional relationship with Matchroom Boxing,” said Conor Benn. “Matchroom believed in me from the start, they gave me an amazing opportunity and have supported me to grow as a professional fighter, now with the backing of a global streaming platform in DAZN we have made huge plans to be involved in big fights, headlining major events across the globe and making progressive moves towards achieving my goal of being a World Champion in the near future.

“I want to say thank you to my team, Tony Sims, Charlie Sims and Lee Emptage for their help in assisting me to getting this deal over the line, also Eddie Hearn for the continued belief in pursuing my dreams and making them a reality, lastly a thank you to the rest of the Matchroom Boxing team for the hard work that goes into the events behind the scenes and making the special nights possible.”

“I’m delighted to sign a new multi-fight promotional deal with Conor Benn,” said Matchroom Sport Chairman Eddie Hearn. “I’ve witnessed first hand how hard this young man has worked and he now sits as a major player in British boxing. He next fight will be in December and an announcement on this will be made soon.”

“Working with Conor and Matchroom Boxing is a pleasure, both professionally and personally,” said Tony Sims. “I have seen the talent emerge from Conor since the early stages, it has taken time and persistence to get here and I know Eddie and the Matchroom team have always backed us, produced opportunities and delivered at the highest level. Right now, in my opinion there isn’t a better team in boxing for Conor to take him all the way.

With Matchroom and DAZN supporting us, Conor can progress to a level where he can be consistently headline major events, in major fights as we continue our pursuit of World Title challenges. I’m extremely happy we have a solid plan and signed a deal moving forward with Eddie and the team.”