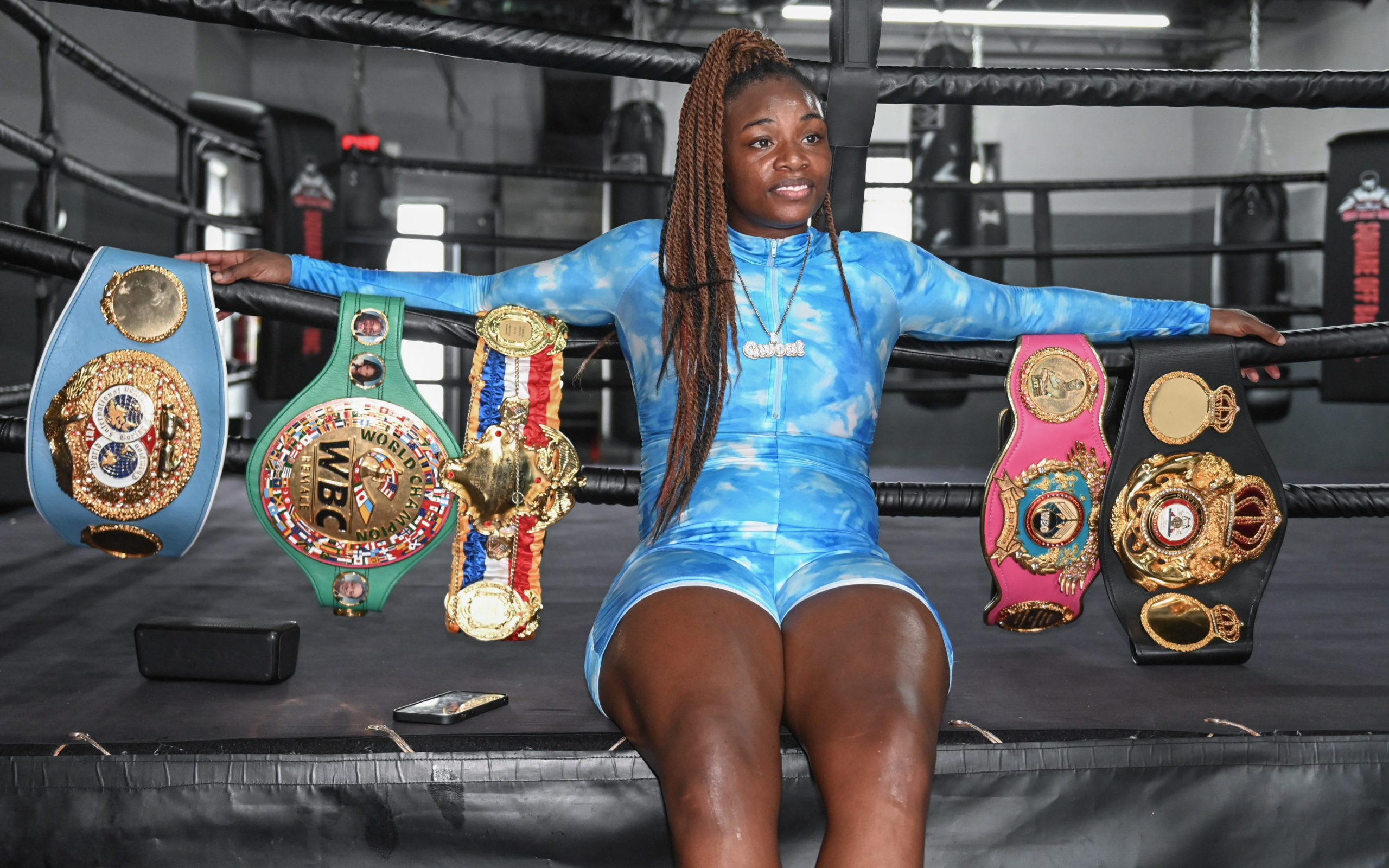 Less than a month away from her undisputed ladies middleweight title fight with Savannah Marshall, WBC/WBA/IBF champ Claressa Shields continues to make clear that Marshall has no business talking trash to her.

Shields met with the media on Thursday to update her training and to also put the Brit Marshall in her place.

“Shields vs. Marshall will take place on Saturday, September 10 from The O2, London and be available on ESPN+ for audiences in the U.S. Shields will bring the WBA, WBC and IBF middleweight titles into the showdown against Marshall and her WBO strap, in an event promoted by Salita Promotions and BOXXER in association with Hennessy Sports.

Shields will look to avenge the only loss of her amateur career and end a long war of words with Marshall that has reached a boil in recent years and which stems from Marshall’s points victory over Shields in a 2012 amateur bout.

“My body feels good and looks good too. I’m in great spirits. Everybody keeps asking me about my nerves. Sadly, I don’t have any nerves before any fight. I’m super excited to fight. I don’t know why, but I just enjoy it.

“Training camp is really the hardest part leading up to the fight. People say that the fight is going to be the hardest part, and I just don’t believe that the fight will be harder than me putting in three different training sessions per day with four miles of sprints and then me coming to the gym and doing the second session. I don’t believe that one night and a 10-round fight with Savannah Marshall, or any other woman, would be harder than my training.”

On the rivalry with Marshall…

“I don’t know if I dislike (Marshall) more, or was it Christina Hammer? I don’t know. I know both of them are just idiots. Savannah Marshall, she says some of the dumbest things… She said if she walked around calling herself the G.W.O.AT. that her friends would slap her. As they should… You have one belt.

Shileds, 12-0, 2 KOs, made the third defense of her Unified Middleweight titles in February, when she defeated Ema Kozin by 10 round decision. Her bout was be the co-main event from Cardiff in Wales, on the undercard of star U.K. middleweights Chris Eubank Jr. and Liam Williams meeting.

Marshall is also 12-0, but with 10 KOs, including a thunderous knockout of Femke Hermans in the third round in Newcastle in April.

Besides the undisputed reward that’s out there, Shields is referring to revenge she wants from Marshall having defeated her when they were amateurs at the 2012 World Championships. Shields is correct that she did go on to win the Gold Medal in both the 2012 London and 2016 Rio Summer Olympics with Marshall having never qualified to face her.

Further, Shields is also the former jr. middleweight undisputed champion, as well. So, she has a point about Marshall saying to much, when she has a singular world title.