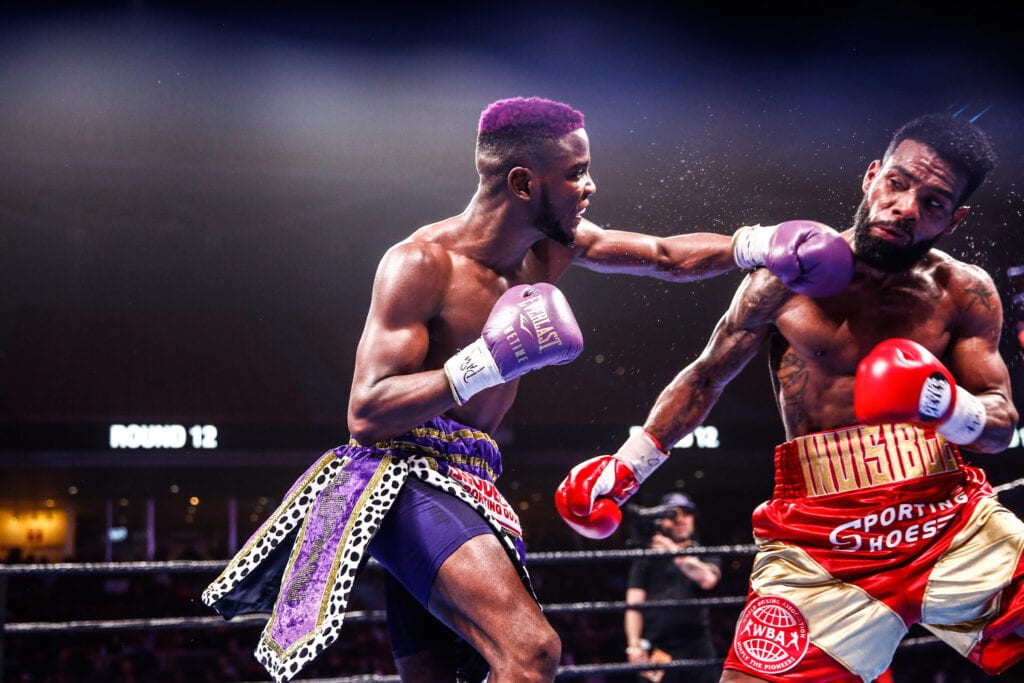 Current interim WBA Super Featherweight champion Chris Colbert looks to add another win to his resume as he takes on Jaime Arboleda this Saturday night to close out the “Fightsphere” at the Mohegan Sun Casino live on Showtime. The broadcast is a tripleheader put on in the latest installment of Showtime Championship Boxing.

Speaking with Colbert (14-0,5 KOs), I wanted to get his thoughts on how he planned on making a statement this Saturday against Arboleda. However, food is involved in my notes, and Colbert is the proud owner of Primetime Chicken out in Garfield, New Jersey, and I asked about that first and foremost.

“The restaurant has been doing great, “Colbert told Big Fight Weekend.” We opened up and are in the black. Business is great.”

Those who are first-year restaurant owners know how hard it is to make money opening up, which is great news on that front.

But back to the in-ring action, Colbert’s last contest was against Jezreel Corrales. The awkward style of Corrales caused it to be more of a tactical contest but clearly had Colbert winning throughout the fight to the unanimous decision victory back in January.

“It wasn’t that he (Corrales) was awkward, but that the ref was helping him out, ” Colbert told me. “at the end of the day, I got the job down, and it is on to the next one.”

We’ll see f that comes to fruition as Arboleda was last in action on the undercard of the annual Gary Russsell Jr. title defense in a brawl against Jayson Velez, surviving a knockdown in the final round to edge out the split decision victory last February.  Colbert heading into this fight doesn’t think Arboleda will go into it trying to outbox him. Rather he tries to wear him down instead.

“I expect him to pressure forward against me, Colbert stated. That is his only game plan as he can’t outbox me.”

You know I couldn’t let Colbert out of the conversation without mentioning Deion Sanders, his inspiration who, of course, shares his nickname. I asked him if Deion has been giving him any recent advice, words of wisdom, or if he could reach him a deal of some Nike Air Diamond Turfs.

“Deion (Sanders) is the cheapest person I ever met in my life, Colbert mentioned. “He has kept in touch, however, and has provided me words of wisdom and advice.”

This definitely doesn’t sound like the Deion Sanderclaus I grew up with as a kid and Colbert confirmed that he hasn’t gotten a pair of Nike’s.

Despite no new kicks, keep an eye on what Colbert does Saturday night as he looks to keep his name at the top of the conversation alongside the rest of the 130 pounders.

Anthony Joshua Says Ruiz Rematch Pressure Made Him Tougher
WBA Orders Third Joshua Franco-Andrew Moloney Fight
Advertisement
To Top
We use cookies to ensure that we give you the best experience on our website. If you continue to use this site we will assume that you are happy with it.OkPrivacy policy