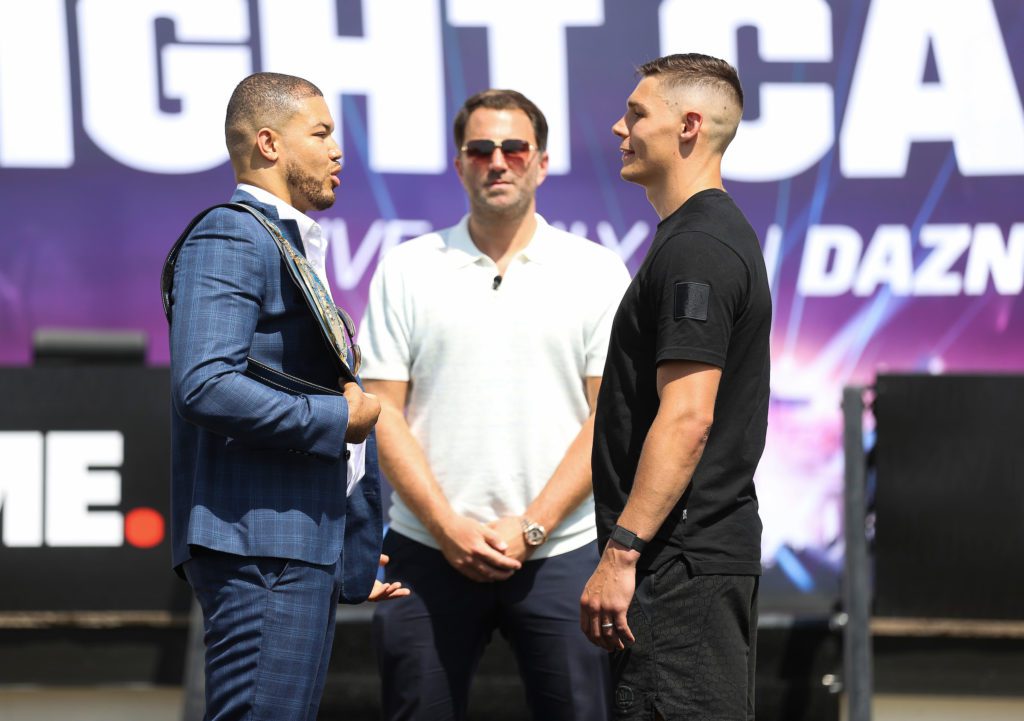 Chris Billam-Smith has predicted that he will “take out” Tommy McCarthy “in the mid to late rounds” when the Cruiserweight rivals collide for the European, British, and Commonwealth Titles on the first week of Matchroom Fight Camp in Brentwood, Essex on Saturday, July 31, live worldwide on DAZN.

‘The Gentleman’ used the power of social media to help secure a shot at the European and British Titles when he sent the following Tweet to McCarthy on May 12: “Stop trying to avoid me. I’d punch holes in you. Don’t bottle it”. Just more than a month later, the pair went face to face with their bout confirmed for July 31.

Billam-Smith was made to work as he dropped the Czech Republic’s Vasil Ducar twice during a hard-fought points victory that saw him claim the vacant WBA Continental Cruiserweight Title and progress to 12-1 (10 KOs) at The SSE Arena, Wembley in March.

The former Poole ABC man, who blasted out Nathan Thorley in two rounds last year at Fight Camp, believes he will eventually wear down McCarthy to deliver another stoppage triumph as he continues to build towards a World Title shot under the guidance of trainer Shane McGuigan.

“We were calling out Tommy McCarthy after my fight at Fight Camp last year,” said Billam-Smith. “I was getting interviewed after that and we were talking about it. It’s been a year in the making. Obviously with Tommy boxing on Matchroom shows and myself wanting bigger Titles and him picking up the European – it was a fight that made sense. I believe it’s a really fan-friendly fight and a great one for my career. I’ve been asking for it for a while and we’ve finally got it.

“I’ve seen Tommy and I’ve watched him for a few years now. He’s a very decent fighter. He’s got quick hands and a very good boxing IQ. It’s an exciting challenge for me. Winning the European Title will be a massive achievement for me and it’s one that I’m really looking forward to, but also, it’s a step that you plan to make on the journey.

“You can’t take too much from his last fight. He did exactly what he had to do. He boxed well, he hurt him to the body, but unfortunately there wasn’t much coming back so there’s not much you can really take from that win. There will be a lot of other fights of his from the past that you can watch that are better wins for him because the opponents brought out more of him.

“I sent that one Tweet out which got a lot of traction, a lot more than I expected to be honest. I’m just glad he took the fight and it’s got him right up for the fight which is great to see. That’s what fans want to see. They want to see two domestic fighters going at it, and in the press conferences as well.

“It looks like I’ve riled him up a bit so he’s going to be fired up for this fight. He’s going to be training very hard. I expect a very good performance from him. The fight will definitely catch fire. Every fighter wants to win with a knockout and I think this is a really good opportunity for me to put all of my skillset to work. I can box, I can break him down and I believe that I will take him out in the mid to late rounds.”