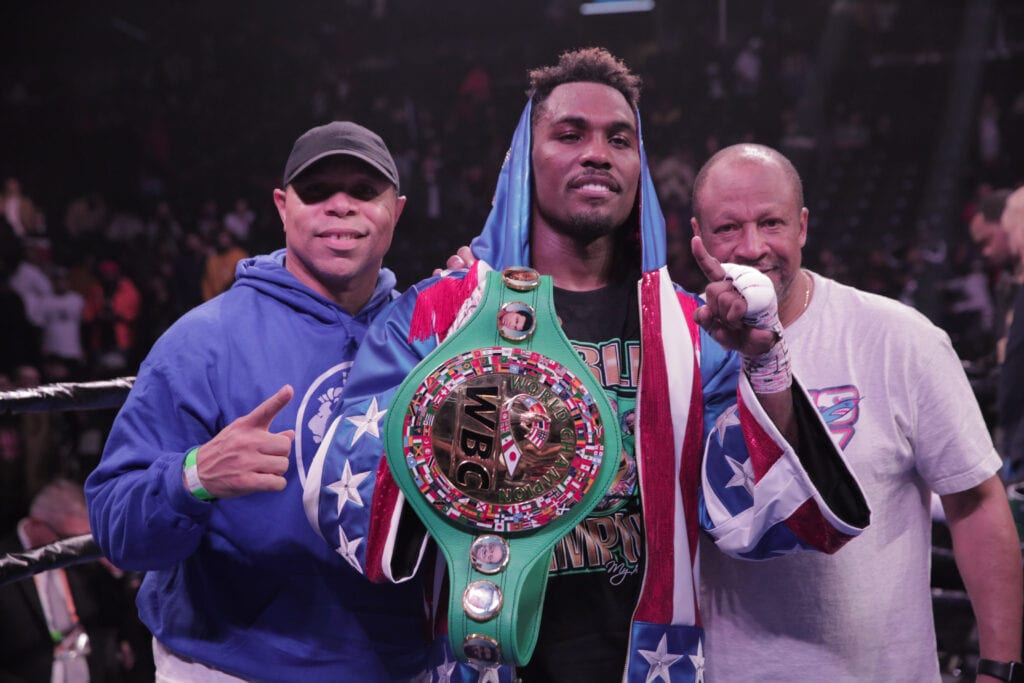 Charlo to Andrade- ‘He know how to get over here’

One of the match ups that needs to happen at the middle weight division is  a unification bout between Jermall Charlo and Demetrius Andrade.

Charlo speaking in his post fight for his 7th round TKO victory over Dennis Hogan Saturday night, stated that the focus is on Andrade to cross boundaries to make it happen.

“Look, Demetrius Andrade, I like his campaign,” Charlo said after the fight. “Great fighter. Now he’s chasing. You know what I mean? He got a chance to fight my twin brother [Jermell, in December 2014] and he canceled the opportunity.

That was back in the [day]. Look, he’s hiding behind a network right now. I’m not. I’m Lions Only Promotions. It’s all over the ring. Come on, man. We not going nowhere. We not scared of nobody. This what we do, bro. We fight, bro. We fight for a living. This what I do to feed my family, man.”

.@FutureOfBoxing is on the ? for the post-fight presser.

Charlo continued stating it doesn’t matter when but to just make it happen.

“When you saying like, ‘Not gonna fight somebody,’ man, if he wanna fight, we gonna make the fight happen, Charlo stated.” “You know what I mean? A side, B side, C side, I don’t give a f*ck about none of that. We gonna make the fight happen. Demetrius Andrade wanna fight, he can get that work, too. He know how to get over here [to PBC, Showtime and FOX]. Just like he went over there to DAZN, he know how to get his ass back over here.”

While both Charlo and Andrade would prefer marquee shots at Canelo Alvarez (like the entire word of boxing)) and Gennadiy “GGG” Golovkin respectively, that ship looks not to only have sailed, but have docked ashore on the other side of the globe. We asked Keith Idec of Boxingscene.com on a prior episode of the Big Fight Weekend Podcast about the likelihood, as well and he all but confirmed the same.

You can hear the full post fight conference from Charlo below courtesy of Showtime.