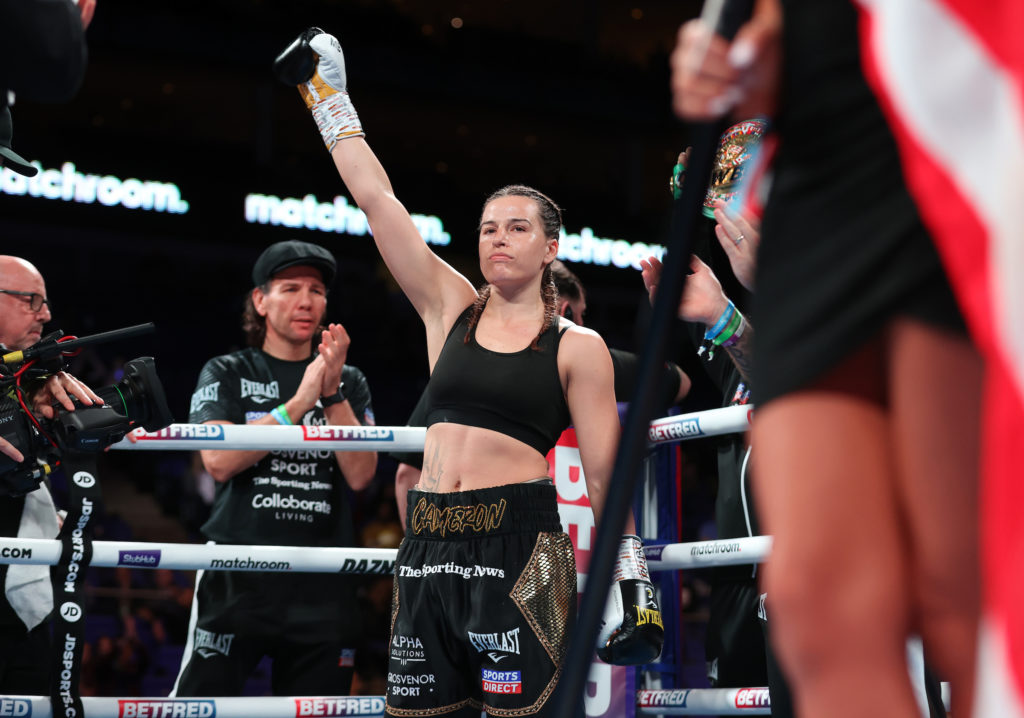 Chantelle Cameron is the new unified women’s champion at junior welterweight as she broke down Mary McGee Saturday night at the O2 Arena in London, England.

The final scorecards were 100-90, 99-91, 99-92, all in favor of Cameron, who won by unanimous decision in a wide but entertaining fight that aired on the global streaming service DAZN. Cameron is now the holder of the Ring Magazine, WBC, and IBF titleholder with the victory at 140 points.

The story of his fight was pretty simple as Cameron could use her reach and footwork to be a step quicker than Mary McGee. McGee, early on, had a plan to attack the body and then, when that was abandoned, started to make the fight more into a brawl. McGee had some success with this towards the end of the battle but was well behind on the cards and wasn’t going to get a knockout as Cameron was just the more active fighter over twenty minutes.

Il Capo gets the chance for the Undisputed dream in 2022! #CameronMcGee pic.twitter.com/kXQhegwd33

McGee, to her credit, was game and explained that this was the plan going in. It just wasn’t enough to take over Chantelle Cameron. With the win, Cameron will pursue the road to undisputed in 2022.

The co-main event featured Alen Babic only needing two rounds to send Eric Molina back home as he sent Molina down in the first five seconds of the fight. From that point on, it was a matter of target practice until Molina decided to fold up shop in second.

It wasn’t Molina’s best night in the ring, and Matchroom Boxing Promoter Eddie Hearn noted, “This is his last payday from us,” so this may be the merciful end of the career of a former title challenger. Another note on this card was that Johnny Fisher did quick work against Alvaro Terrero in two rounds.