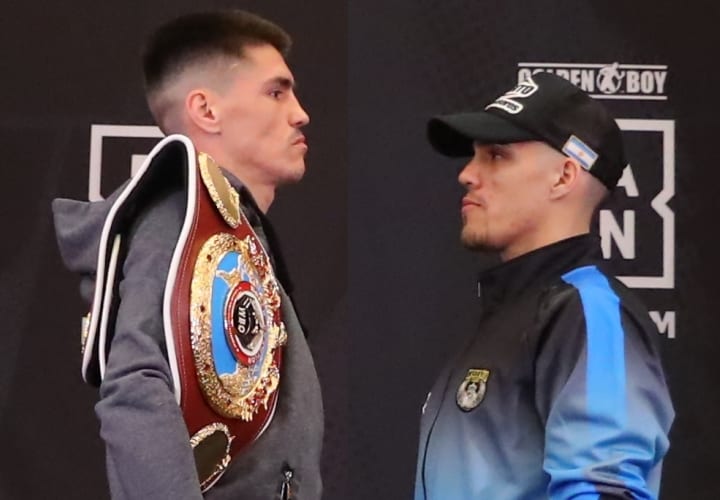 Brian Castano came into the contest hoping to become the new champion against did just that, battering Patrick Teixeira to a unanimous decision.

The WBO Jr. Middleweight title contest from the Fantasy Springs Casino in Indo, California, was much anticipated as both fighters came in known for being the biggest volume punchers n the division.

What transpired in the ring was a very competitive back and forth, as expected, that aired on the streaming service DAZN.  However, it was clear that Castano was able to be the aggressor despite being the smaller man in the ring against Teixeira. This also was made even more glaring whenever Teixeira was backed up against the ropes in the early part of the fight as he was able to throw combinations in the contest.

That seemed to be the mantra of the fight as Castano was able . Castano was the favorite heading into the contest, and the one factor of that was just the level of competition that both guys have faced and that many felt that Teixeira was in an out of world effort in his win against Carlos Adames.  As the later rounds pressed, that seemed to continue as Castano could use his quickness to move around more fluidly than Teixeira.

With the win for Castano, the next likely step would be to take on unified champion Jermell Charlo. Something he hinted at beforehand.

to push the action constantly”But when I win this fight, I want to fight with [Jermell] Charlo next. He’s a great fighter, the fights with him pay good, and he has three titles. After this, he is my next victim. First, I have to take care of Teixeira,” Castano said to Boxingscene before the fight.

He did just that, and now we wait for the contest for undisputed with Charlo.