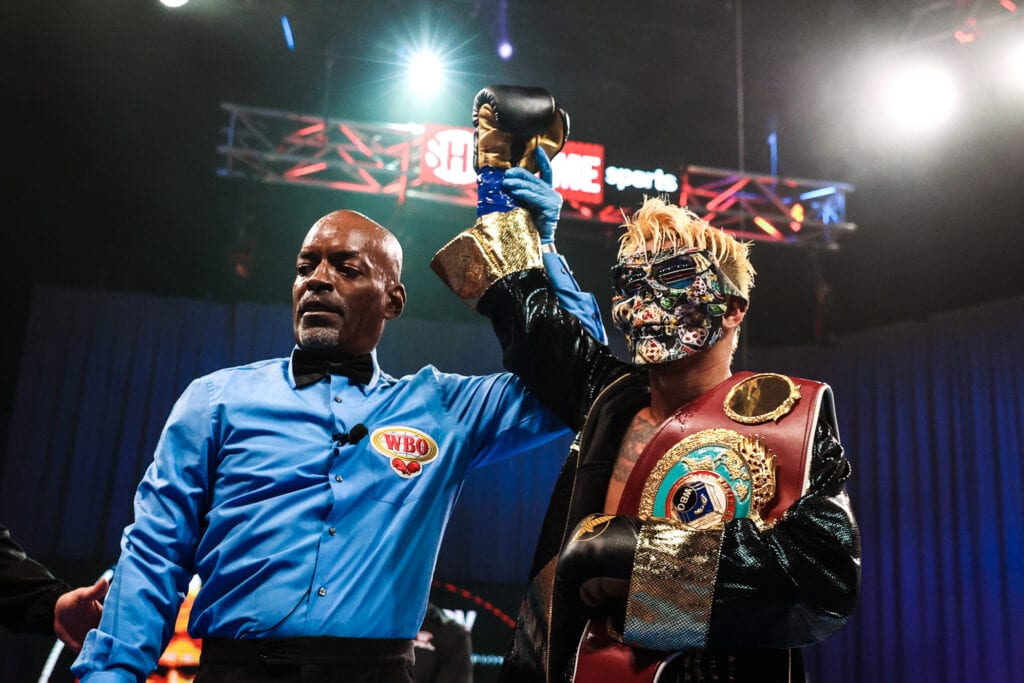 John Riel Casimero kicked off the Charlo doubleheader against Duke Micah and made his presence felt as he roughed him up en route to a third-round stoppage victory.

Casimero (30-4, 21 KOs), a three-division champion who was the huge favorite going in, made the first defense of the WBO bantamweight title he won last November 30 by stopping out South Africa’s Zolani Tete (28-4, 21 KOs) in the third round in Birmingham, England. The 29-year-old Micah from Ghana was the 11th-ranked challenger for Casimero’s strap, suffered the first defeat of his seven-year pro career (24-1, 19 KOs).

The second round was the beginning for the end for Micah as Casimero came in and landed a hard body shot that sent him down. Micah beat the count and was saved by the bell to end the second round. Referee Steve Willis warned Micah to show him something, and after eating a few more shots from Casimero, Willis stopped the fight.

The official stoppage of the bout was 54 seconds of the third round.

Speaking after the fight, Casimero stated:

“I worked hard and got the win tonight. In the first round, I saw the body shot hurt him and thought I could get him out right away, but he’s a good boxer who was undefeated for a reason.

“The second round the uppercut hurt him, but Duke Micah works hard, he’s strong and has a good chin. I knew I was facing a good fighter, so I didn’t expect to knock him out so fast. He’s strong, so I was prepared to go all 12 rounds.

“I’m the real monster. Naoya Inoue is scared of me. You’re next. I would have knocked out anyone today. If Inoue doesn’t fight me, then I’ll fight Guillermo Rigondeaux, Luis Nery, or any of the top fighters.”

“I’m surprised, you know. I know my opponent was a good boxer, Casimero said thru an interpreter to Brian Custer during an interview segment after the fight.”

Casimero was supposed to face Naoya Inoue in April in a unification bout in Las Vegas before the pandemic threw those plans out the window. We’ll see if that bout happens down the line after Inoue makes his Las Vegas debut against Jason Moloney on Halloween.

Taylor stops Khongsong in one round
Charlo decisions Derevyanchenko to retain
Advertisement
To Top
We use cookies to ensure that we give you the best experience on our website. If you continue to use this site we will assume that you are happy with it.OkPrivacy policy