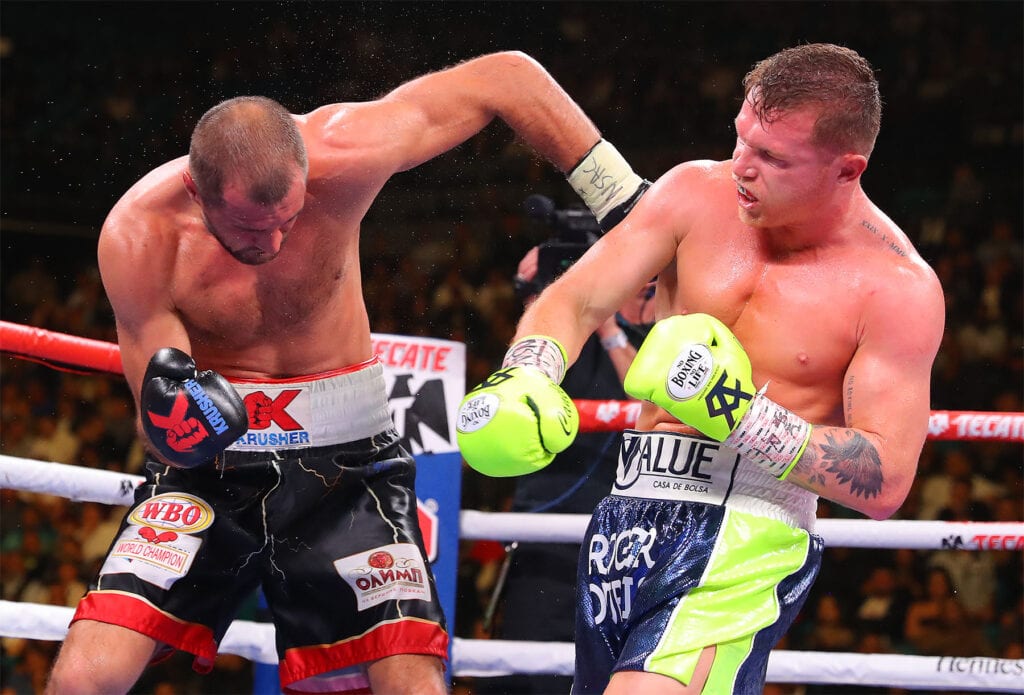 Canelo’s trainer fires back at ‘fix’ with Kovalev

Ever since Canelo Alvarez  knocked out Sergey Kovalev in the 11th round of their contest in Las Vegas earlier in November, the one theme that has been blurted everywhere is one no one wants to hear.

The fight between the two was fixed.

Canelo’s trainer Eddy Reynoso in an interview with ESPN Deportes wanted to clear the air on any of this fixing talk.

“First of all, I want to clarify, as a coach and manager of Saul, that we do not dehydrate anyone or fix or buy fights or opponents. We have always adapted to the terms of the opponents and even with (Floyd) Mayweather we accepted his agreed upon weight of 152 pounds,” Reynoso told ESPN Deportes.

“It seems that there are dark intentions to discredit our fighter and more than anything, try to minimize his achievements. As true fans and as Mexicans, we should be proud that at this time the best fighter is Mexican,” Reynoso stated.

However you feel about the matchup, anyone watching it can tell you that the the fix was not in. The most clear sign of this is that some who were ringside for the bout for most of the fight had Kovalev winning it.

The only fix out of this whole affair is the financial bath this fight took.