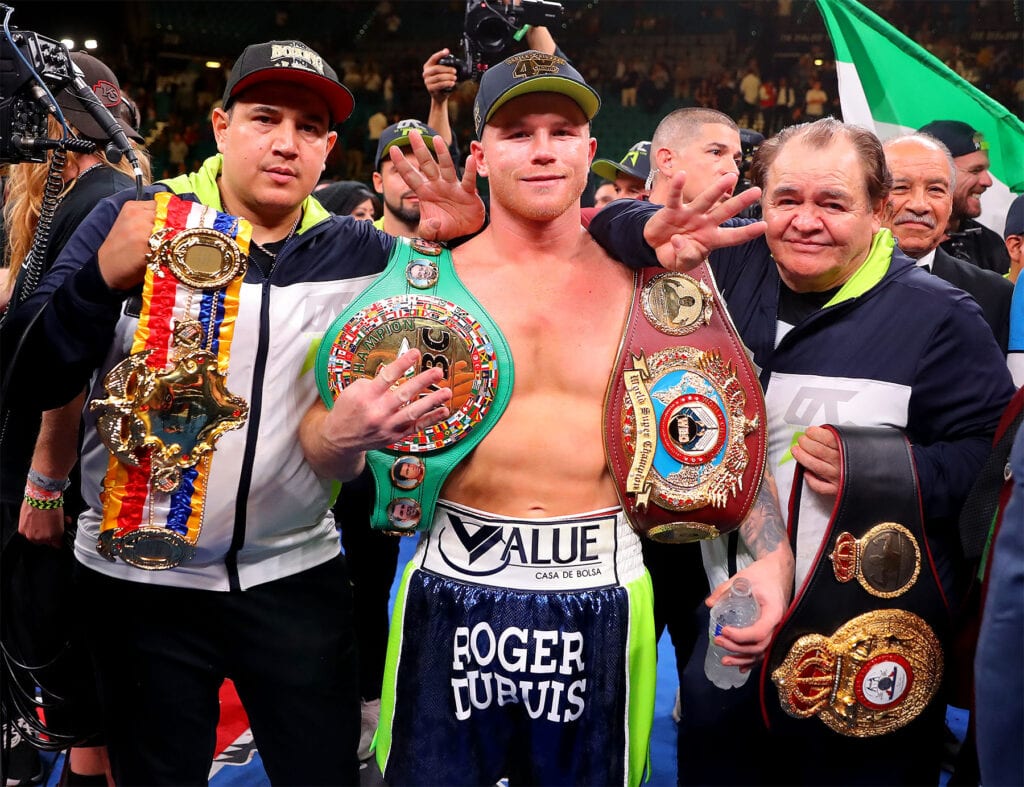 Canelo versus big names? Not likely in the Fall

Canelo Alvarez has made it known that he is willing to fight in September, without fans, to get back into action in the ring. The question now is: who will be in front of him?

Gennady Golovkin in a third fight?  We’ll have to kick up that conversation in 2021, as that was ruled out before the Covid 19 Pandemic. And, the more as time goes on, I’m more likely to hit the lottery before this will happen for a third time.

Well, what about another fight at Light Heavyweight say against unified champion, Artur Beterbiev?

Try again, as his trainer Marc Ramsay stated about that fight to Sky Sports,  “It won’t ever happen. I don’t believe he will fight my guy. Fighting Kovalev and fighting Beterbiev are two different stories.”

How about that bout with Billy Joe Saunders that was already scheduled for back in May? Seemed like a lock to be restarted.

Well, Saunders has hinted at retirement recently and spoke with the fine folks at The Athletic about pulling out of the fight due to the lack of time to prepare for the it and, of course, money issues.

While knowing about this fight well before May originally and still having until September , this sounds like a cop-out, the reality of no money without a live gate for a Canelo fight is more than likely the reason for this.

Billy Joe Saunders tells The Athletic he won’t fight Canelo Alvarez in September, explaining the pandemic affected preparation. But the money is an issue regardless with no live gate expected. Full details and quotes from the 168-pound champ https://t.co/nbbdf8vrus pic.twitter.com/nki2U4ZRrN

Fighters are dropping out of this possible fight with Canelo like flies. What gives?

Golden Boy President Eric Gomez recently spoke with Kevin Iole of Yahoo Sports and laid out the game plan for the next Alvarez contest.

Alvarez has indicated he wants to fight at super middleweight in his next outing. Gomez also stated off the top that no other champions are likely up next for Canelo.

“We’re going to show Canelo everything. He’s concerned about how things go with all the guidelines, so we’ll lay everything out for him and let him make his call.”

We’ll see what Canelo does in term of his fight options, but it currently sounds like were going to get a “stay-busy fight,” while things sort themselves out during the pandemic.

One guy who is interested and said so on social media Thursday is English journeyman 168 lb., John Ryder

It’s worth noting that Golden Boy Promotions, the promotional outfit that Canelo fights on, will be back to live boxing back in the states, and more importantly California, on July 24 with a card at headlined by welterweight Vergil Ortiz taking on Samuel Vargas at the Fantasy Springs Casino in Indio.