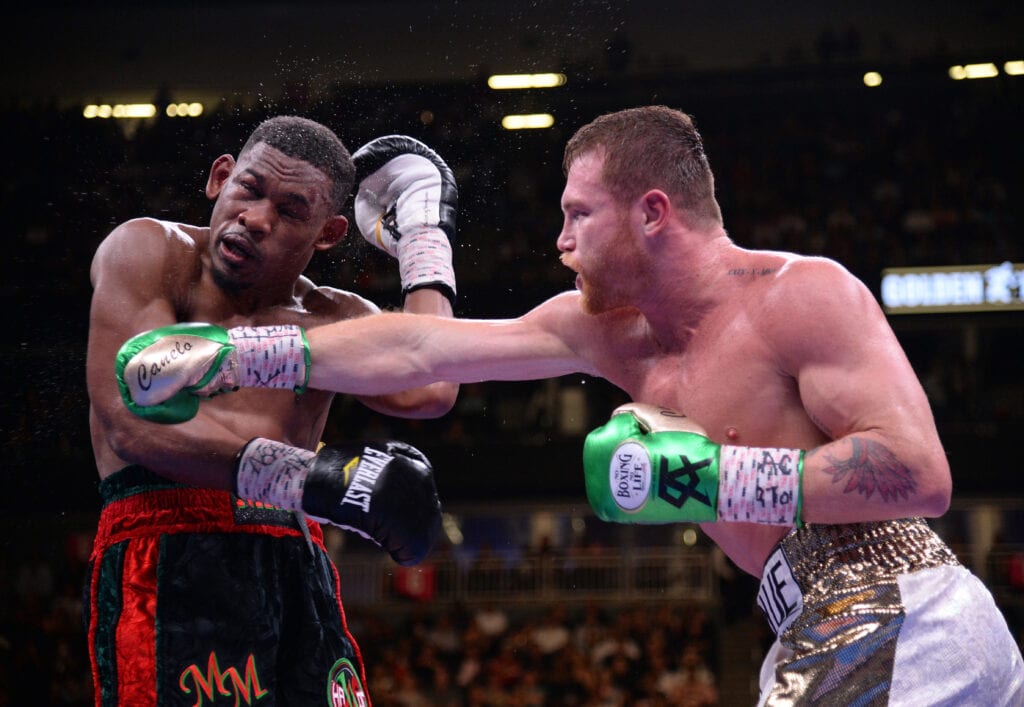 The long-drawn-out process of Middleweight World Champ, Saul “Canelo” Alvarez trying to secure a title fight before the end of 2019 has apparently been solved. And as expected, he will move up two weight classes to Light Heavyweight to challenge Sergey Kovalev for his version of the 175 lbs. Championship.

Alvarez took to social media on Friday afternoon and made official what had been rumored for the past couple of weeks:

It is no secret that Alvarez has struggled to come up with an opponent for a fight this fall / winter to satisfy the DAZN streaming service and their humongous financial rights deal that he signed a year ago with them.

As we wrote in late August, Kovalev is willing to turn around in less than 9 weeks after his latest title defense ended with a dramatic 11th round TKO of British Challenger Anthony Yarde.

Kovalev is in position to have the biggest payday of his professional career. It’s believed he could make as much as $10 million guaranteed, now, to take on Alvarez at 175 lbs.

Alvarez, Golden Boy Promotions and DAZN streaming service have already reserved the November 2nd date for Las Vegas, while they tried to determine an opponent.

Apparently, Kovalev (34-3-1),  would not put aside the title defense with Yarde in his hometown of Chelyabinsk, in part because of sentimentality, but also because Alvarez and Golden Boy would not guarantee him enough money before the fight with Yarde was made and the date was set for August 24th.

Obviously, the 36-year old Kovalev will be at a disadvantage against a younger opponent (Alvarez), who didn’t just go through a grueling battle like the Russian did in that fight.

In fact, Yarde may have possibly been on the verge of stopping Kovalev, when he rocked him with a series of punches and staggered him twice with the referee looking on closely before the bell sounded to end the eighth round.

Kovalev rallied and wore down Yarde, staggering him a couple of times in the 10th round and eventually, flooring him with a straight left jab coming in that resulted in the 11th round TKO.

Alvarez, 51-1-2 hasn’t fought since he decisioned Daniel Jacobs back in May to capture the IBF Middleweight belt. He has since been stripped of that title and now Gennady Golovkin and Sergey Derevyachenko will battle for it in October.