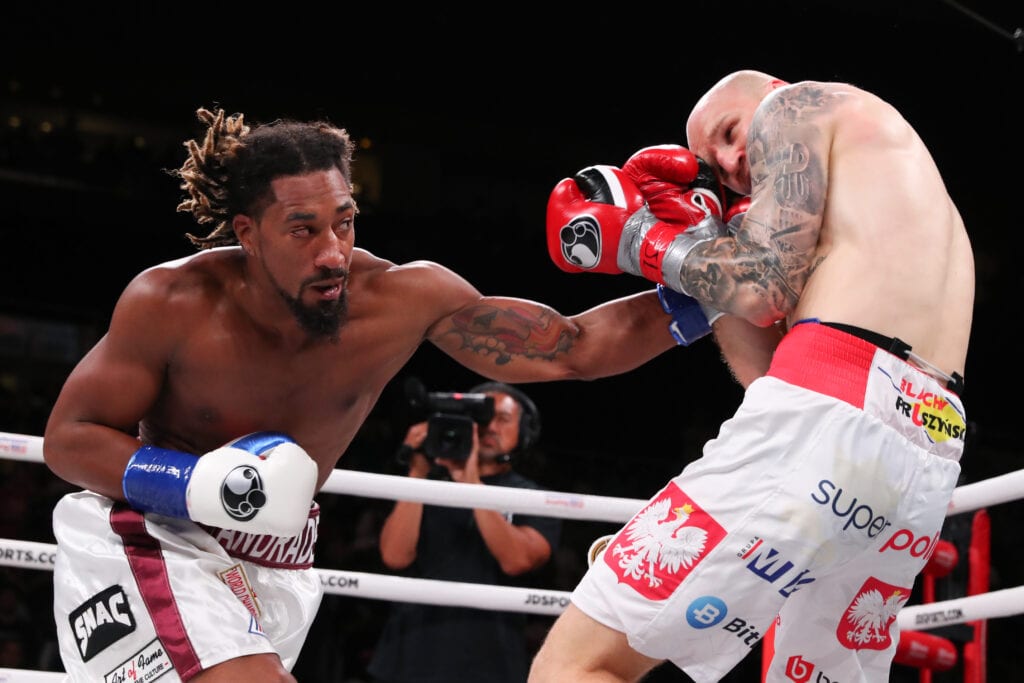 The city of Miami is the center of sports for this weekend with Super Bowl LIV being held between the 49ers and the Chiefs, but first, on Thursday night boxing will attempt to capitalize on some of the attention with a world title triple header in South Florida.

And, that includes WBO Middleweight Champion, Demetrius “Boo Boo” Andrade, attempting to up his profile and perhaps gain a much larger payday against a bigger name down the road in 2020.

Andrade, 28-0, 17 KOs will put his version of the 160 lb. title on the line for the third time taking on lightly regarded Irish fighter Luke Keeler (17-2). While the Providence native Andrade certainly is skilled, he has been less than spectacular in recent fights and needs to demonstrate something on the biggest stage.

We talk more in the preview mode about this fight on our “Big Fight Weekend” podcast, as senior writer for the site, Marquis Johns, joined me earlier this week:

If Andrade is successful and impressive, he potentially could be on the radar for a unification fight with IBF champion Gennady Golovkin. Golovkin is supposed to make the first defense of the portion of the 160 lb. title that he regained, sometime in April. That means that Andrade and Golovkin could potentially fight this fall.

Also on the card tonight being televised through the DAZN streaming service is the IBF junior lightweight title fight between Philadelphia’s Tevin Farmer and California’s Joseph Diaz Jr. Farmer, 30-4-1,  is making the sixth defense of his 140 lb title.

And, while he has boxing skill, Farmer also lacks the big punch with only six knockouts in 30 victories, as a professional. There has been bad blood between these two fighters outside the ring and we’ll see if “JoJo” Diaz  (30-1, 15 KOs) can turn that into something that fuels a possible upset of Farmer.

Finally, in the third of the World title fights Thursday, it’s the one that might end up being the most entertaining. That’s when, California’s Daniel Roman puts up the IBF/WBA Junior featherweight championships, as he takes on Murodjon Akhmadaliev, a former Olympic Gold Medalist, of Ubekistan. Akhmadaliev (7-0, 6 KOs) is looking to become only the second fighter, Leon Spinks defeating Muhammad Ali in 1978 is the other, to win a Unified World Championship fight in 8 professional fights or less.

There is also the possibility that the winner of this Roman-Akmadaliev fight could end up fighting WBO Junior featherweight Champion Emanuel Navarrete. Navarrete has already successfully defended his 122 lb. championship four times and is going to be making his latest defense on the undercard of Deontay Wilder – Tyson Fury next month in Las Vegas.

Wilder-Fury II PPV undercard details
Boxing Moms Official trailer out now
Advertisement
To Top
We use cookies to ensure that we give you the best experience on our website. If you continue to use this site we will assume that you are happy with it.Ok