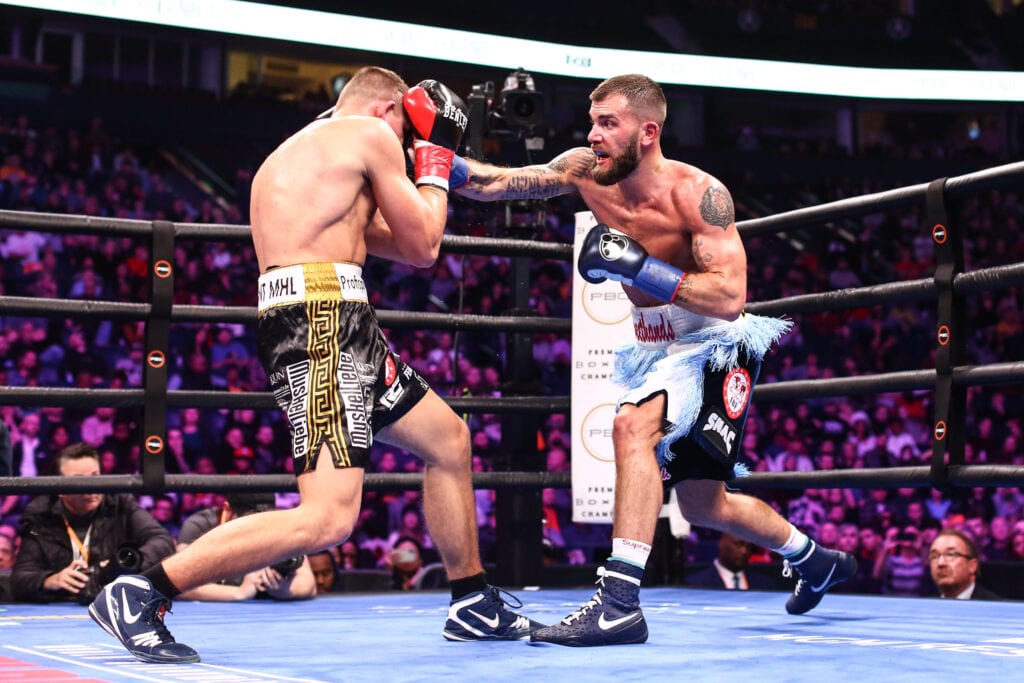 Coming up tonight in Los Angeles, IBF Super Middleweight Champion Caleb Plant looks to solidify his position for a possible huge showdown soon with one of boxing’s top superstars, Canelo Alvarez. And, all he has to do is make sure he gets through a grizzled veteran challenger and try to be as impressive looking as possible while doing it.

Plant will be making the third defense all his title won in January of 2019, when he steps through the ropes to headline the Premier Boxing Champions card nationwide on free TV on Fox Sports. He will be going against a former WBA World title holder in the Middleweight division and a fighter who has challenged unsuccessfully a couple of other times recently for world championships in 37 year old, Caleb Truax.

Truax isn’t considered much of a threat, and he’s lost to the most prominent competition he’s faced in world title bouts over the last five years to James DeGale, Anthony Dirrell and Daniel Jacobs.

Further, We previewed the Plant – Truax championship battle and the potential future for the 28 year old champion from Nashville on the latest edition of our Big Fight Weekend podcast. Senior writer for the site Marquis Johns joined me to get his insight and analysis on the bout here,

Plant was in the running to be Canelo Alvarez’s return opponent last December after Canelo’s legal wranglings were finished with former promoter Oscar De La Hoya / Golden Boy Promotions. However, PBC could not come to an agreement on the potential for an Alvarez – Plant fight. So, Canelo chose instead to go with Matchroom boxing and a unification bout with WBA Super Middleweight World-champion, Callum Smith.

Alvarez dominated the Englishman Smith over a 12-round decision and now he’s on his own clear path try to be the Undisputed Champion at 168 lb. This includes Canelo having schedule to fight WBC Contender Avni Yildirim at the end of February and then try to win a third world championship at Super Middle, when he then takes on England’s Billy Joe Saunders, the WBO Champion, in a fight that has been long rumored and now coming in early May.

That would leave only one world champion out there for Alvarez to try to conquer… and that’s Plant.

Now, the interesting dilemma will be if Plant wins quickly and easily, tonight might be trying to get back in the ring in the late Spring or early Summer before a potential Canelo fight could happen in September or later in the fall in 2021?

Nevertheless, that is all  for later.

For now, in the moment, Plant, who has not been in the ring in 11 months, has to do his part. Just like Alvarez did his last month, and that’s win the fight is supposed to win right in front of him from Truax.