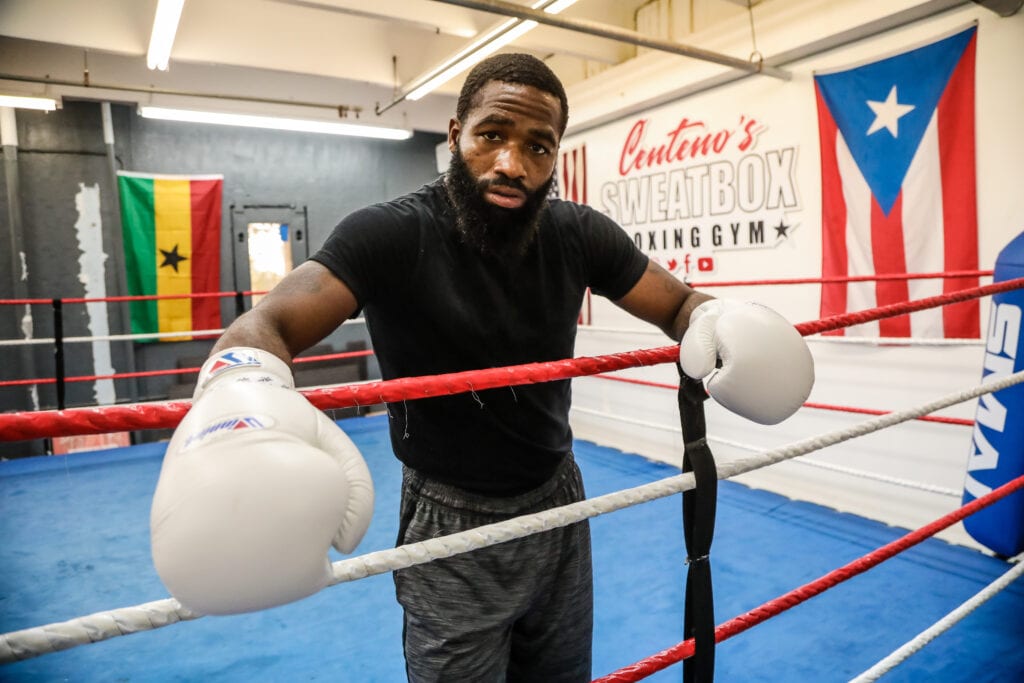 Broner Is Back and Why You Should Care

Adrien Broner is back in the ring this Saturday as he restarts his career after his loss to Manny Pacquiao back in January 2019.

But I’m not here to write about the past of Broner and the legal issues along the way. They were written about that already…repeatedly here.

I’m here to talk about why the return of Broner is legit exciting and why you should care that the former four-weight class champion is going back to what got him to still adjusting to fame.

He’s going back in the ring at Junior Welterweight, for starters, the weight he was last seen as a force when he stopped Ashley Theoplane back in 2015.

“I feel like 140 pounds is the weight that I want to be at. You can’t really say I made my bread and butter at 147″, Broner said about fighting at 140 pounds at training camp in Miami.. I’ve been a champion at 147 pounds, but I’ve also been a champion at 140, 135, and 130 pounds. I think any fight at whatever weight Adrien Broner is at is a big fight. That’s the main thing. I want to fight where I feel the most comfortable right now in my career, and right now, I think 140 is the best for me.

It’s no shock to anyone that Broner, as he’s back in the ring, as legal debts have mounted up as recently as last month stemming from a 2018 criminal case. Broner mentioned that that isn’t the reason he’s back.

“Even if I didn’t have these pending court cases against me, I’d still be working my ass off to come back and make a fortune,” Broner said. “That has nothing to do with my motivation. God gave me a blessing and gifted me with some great talent, and I’m not going to let it go to waste. The motivation is that I miss the sport. I miss being on top. I miss being champion, and I’m going to take another run at being champion.

“I’ve found my love for boxing again. I gave myself some time to miss boxing, and I’m ready to go in there and win some more world titles. My children are what fuel me now.

Well, if his mind is in the right place, but why should you care he’s back?

Broner can still cause issues for anyone depending on how he looks Saturday night against Santiago. Santiago is not a household name but comes into the fight looking to end Broner’s career. Broner is looking to get everybody back on the “The Problem” bus. Despite all the semantics and everything outside the ring with Broner, he is only 31 years old. That 31 is only a year older than the current unified champion Josh Taylor and only three ahead of the other unified champion Jose Ramirez. Not saying he’s next up for a title shot soon, but he has won it before at 140, and him going back there as opposed to 147 makes the most sense if he wants to get back to the top of the mountain.

“All I have to do is go out there and perform, and everybody will be back on the bandwagon,” Broner said.

I’ll be at the bus stop waiting Saturday night if he wins.