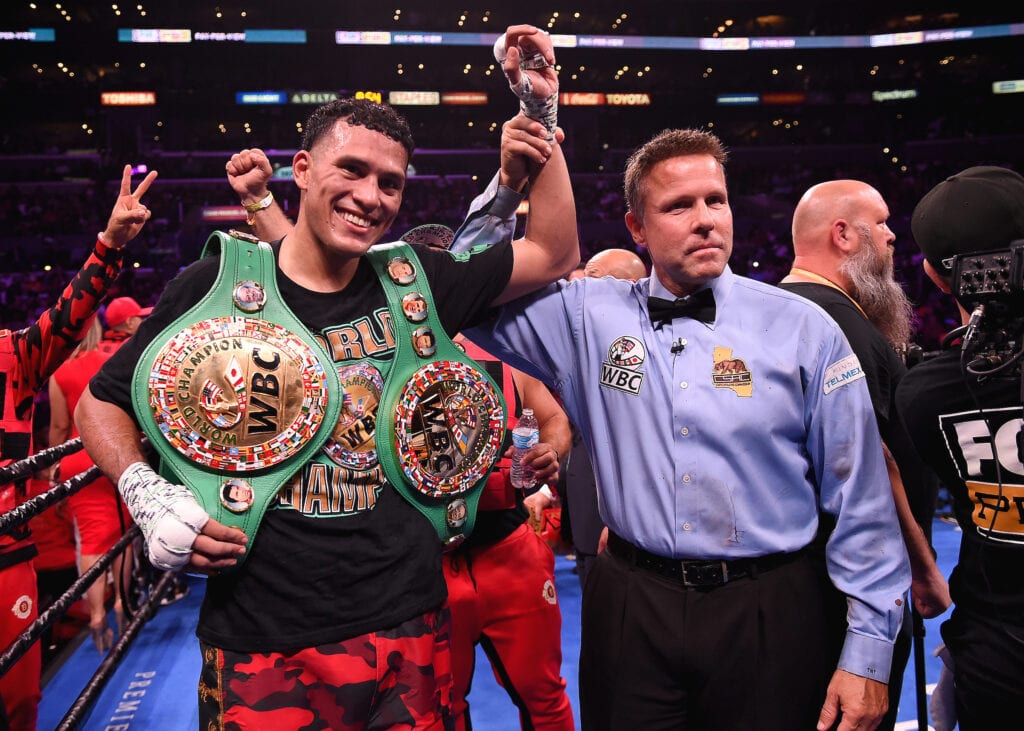 David Benavidez, this Saturday night on Showtime, is back in action in the main event, as he puts his WBC super-middleweight title on the line against Alexis Angulo in the “bubble” environment of the Mohegan Sun in Connecticut and on Showtime.

For Benavidez, this will be his second reign with the strap as he won it off Anthony Dirrell by ninth-round stoppage last September. Speaking with the media yesterday before the fight, Benavidez stated that Angulo’s style is something he has seen before in the ring.

“I’ve seen Angulo’s style in some of my previous opponents. I’d compare him to ‘Porky’ Medina, but Angulo is a little fresher because he hasn’t been through the wars like Medina,” Benavídez said in a media call on Wednesday. Angulo is very heavy-handed, and he wants to win.

He’s coming off of an upset win, and I think that has him motivated to believe he can beat me.”

Check out our latest podcast on which we speak on the main event of this fight, as well as with Todd Grisham of DAZN below.

“I’m ready for whatever he brings to the ring. I have to be patient. I can’t just try to knock him out and leave myself open. I have confidence in my abilities, and if I do everything right, I believe the knockout will come. I’m ready to give a great show to all my fans around the world.

That hopeful stoppage win for Benavidez would potentially land us the unification bout with the fellow champion at 168 lb. Caleb Plant.

“I want to fight [IBF Super Middleweight Champion] Caleb Plant next. All the super middleweight champions have to take risks and fight each other. I want those other belts. I want to take the chances now and show everybody, including myself, that I’m the best,” Benavídez said.

If Benavídez is successful in this defense against Angulo, We’ll be one step closer to just that.