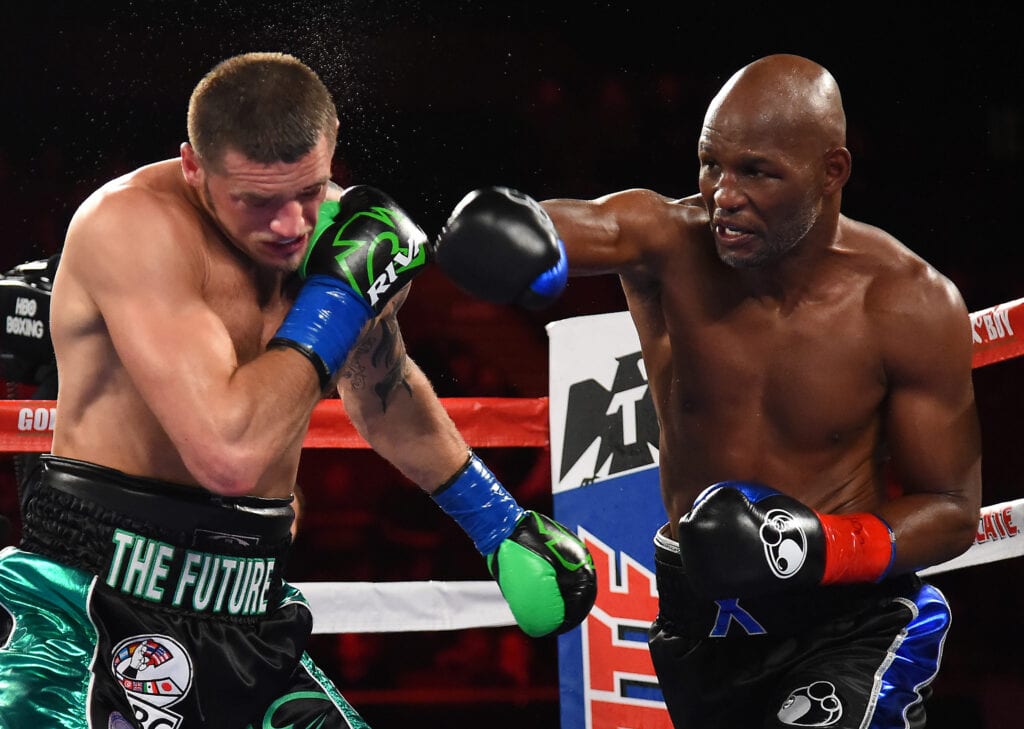 The Nevada Boxing Hall of Fame on Tuesday announced its seventh annual class led by boxing legends Bernard Hopkins and Juan Manuel Marquez as part of the non-Nevada resident category.

Hopkins, who was a former middleweight and light heavyweight champion, and Marquez, a legendary Mexican fighter who captured titles in four different weight classes, highlight a 16-member class that will be enshrined during the Aug. 9-10 induction weekend at the Red Rock Casino Resort & Spa in Las Vegas.

Among the fighters inducted in the Nevada resident category are former lightweight and junior lightweight titlist Joel Casamayor, who was also a 1992 Olympic gold medalist for Cuba; former bantamweight belt holder Wayne McCullough, who is a native from Ireland but has lived in Las Vegas for many years (also a 1992 Olympic silver medalist, losing to Casamayor in the final); and former heavyweight world champ Hasim Rahman. Leroy “Irish” Haley, a former junior welterweight titlist, is being inducted as well posthumously.

Five inductees that are in the non-boxer category being inducted are Floyd Mayweather Sr., who became a trainer after his fighting days; longtime boxing judge Duane Ford; Dr. Edwin “Flip” Homansky, a former ringside doctor for over two decades; attorney and manager Marc Risman, who once was the lawyer for Joe Louis; and posthumously promoter Dan Goossen, who promoted fighters such as Andre Ward, James Toney, Michael Nunn, Terry Norris, Mike Tyson and brothers Gabriel and Rafael Ruelas.