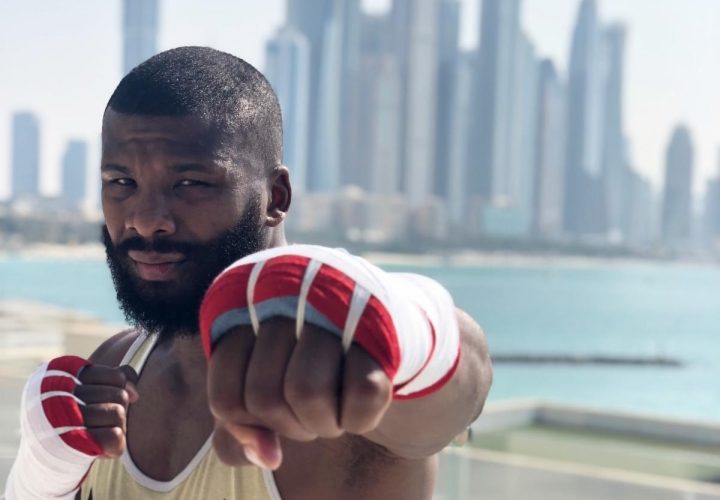 Badou Jack Moving Up To Cruiserweight

Former Super Middleweight and Light Heavyweight World Champion Badou Jack (24-3-3, 14 KOs), is finalizing his preparations and training camp in Dubai for his first campaign at Cruiserweight. His fight against Samuel Crossed (11-1-1, 7 KOs), scheduled for November 26th on ESPN+ will be Jack’s first in the division with eyes set on a 3rd division World Title. The 10-round bout, co-promoted by his Badou Jack Promotions and Probellum, will be on the D4G VIP Invite Only event at the Dubai Business Park.

“My main objective is to become a Three-Division World Champion and it starts this Friday in Dubai,” said Jack from this recent training camp in Dubai.
“Samuel Crossed is the first person in my way of that goal. I trained really hard and can’t wait to put on a show for my fans here in Dubai.”

“Badou has always wanted to fight in the UAE in front of his massive fan base there” Badou Jack Promotions CEO Amer Abdallah stated. “This is Badou’s first fight moving up, so after a successful initial bout God Willing, Badou will start targeting titleholders in the cruiserweight division”.

Jack has been bestowed an honorary “Golden Visa” in the United Arab Emirates, one that is given to celebrities, major investors and high-profile individuals. “Dubai is my 2nd home and I love it here” Jack stated. “We are looking to make some big moves in the Middle East, and it’s been great so far.”

“We’ve had first-class treatment here in Dubai” Head Coach Johnathon Banks said. “The preparation has been nothing short of amazing, its everything you want to have happen in camp. Our hosts at Five Palm Jumeirah have been amazing, this is the best hotel in Dubai, and they rolled out the red carpet for us. We can’t wait to come back here and do it again.”

With the recent news of Canelo Alvarez stepping up to Cruiserweight to challenge WBC Champion Ilunga Makabu, the possibility of an Alvarez vs Jack showdown is openly welcomed by Team Jack.

“Everything is possible and if that fight ever happened, we’d love to do that fight in the Middle East with our partners here” Abdallah added.