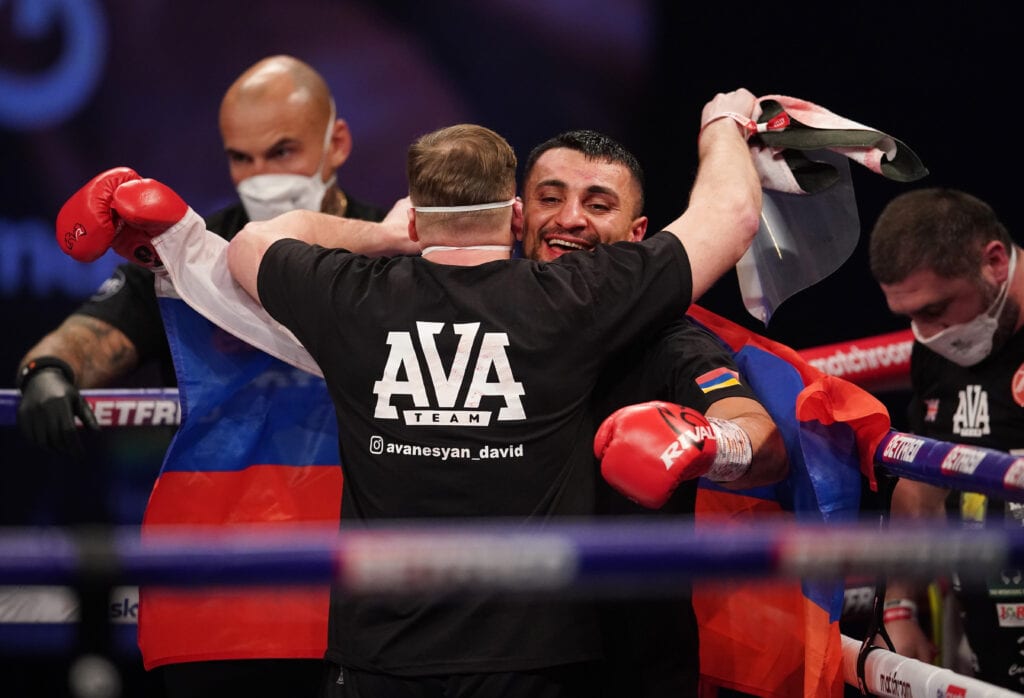 David Avanesyan stopped Josh Kelly in six rounds at The SSE Arena, Wembley to retain his EBU European Welterweight Title, live on Sky Sports in the UK and on DAZN in the U.S. and more than 200 countries and territories.

Sunderland’s Kelly suffered his first professional defeat at the hands of Avanesyan, the relentless Russian champion, who forced Kelly’s trainer Adam Booth to throw in the towel after two knockdowns in a punishing sixth round.

Avanesyan had been made to wait for Kelly, with the fight twice postponed, but his sustained assault broke down the 26-year-old’s resistance, with British rival Conor Benn watching from ringside as part of the Sky Sports team.

“I feel very very good,” Avanesyan told Sky Sports afterwards. “I waited a long time for this fight. I put a lot of hard work into this fight. I came to join my coach and my manager from another country. I’ve had long spells away from my children. I miss them. I haven’t seen my children, my parents and my friends for a long time.

“Thank you to my team and to the English fans for giving me this opportunity. Thank you to Matchroom, they put on the number one best show. I’ve had many big nights against the likes of Shane Mosley and Lamont Peterson, but this one with Matchroom is number one.

“I am very happy. Thank you to god for my win today. Thank you to my manager and my coach. Carl sacrificed a lot of time with his family for my training. He has been my friend, my driver and my coach. I don’t like to speak too much. This is business. I know Josh is fast. I am fast too. Boxing is difficult. When you lose, many people think you are finished. This is boxing, you go down. This is life. I will wake up tomorrow morning a champion.“

Trainer Carl Greaves said: “I told everybody this would happen and they all thought I was a crazy coach who knows nothing. I knew exactly how it was going to go. I’ve spent over five years with David now. I’ve seen so much. I’ve seen all of these talented kids keeping him off for a certain amount of time, 30 seconds to a minute, but he finds a way every time. I was so confident in this fight. I knew it was going to go like that. I’m a bit gutted because I had £500 on round seven!”