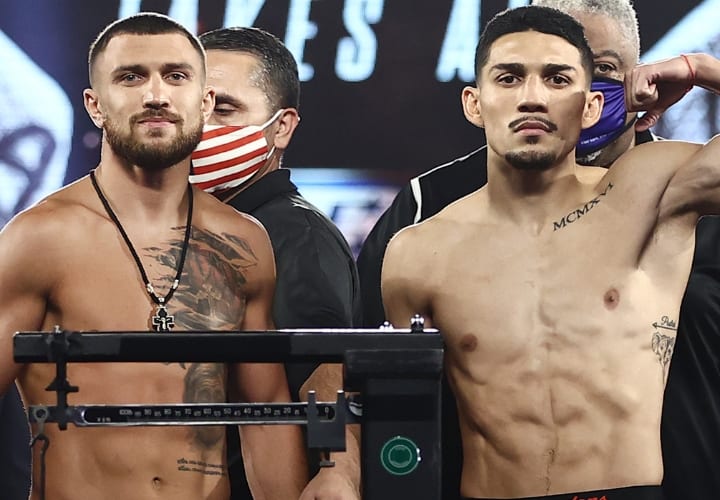 Arum on Loma-Lopez rematch- ‘Up to the fighters’

When it comes to a Teofimo Lopez-Vasiliy Lomachenko rematch, Top Rank CEO Bob Arun is not against the idea but will lay out the details to both of them.

Speaking with Keith Idec of boxingscene.com, Arum is leaving that up to the fighters if they want another scheduled twelve rounds in the ring after Lopez won via unanimous decision Saturday night to retain his IBF belt and pick up the WBA “super”, WBC “franchise” and WBO titles.

“That’s how it works. The Don King era is over, where the fighters are told what to do. I’ll sit down with them, with both sides. I’ll explain to them where the bucks are because that’s what they care about, and then they’ll determine what they wanna do.”

Arum: I'll Explain Financial Implications Of Rematch To Lopez, Loma; Up To Them https://t.co/UW6zJDNr7y pic.twitter.com/4oaL1nC0my

It was worth noting that we reported before the bout took place Arum is just reiterating leading up to the fight what he said speaking on the media call leading to the fight and sed it as a chance to take a shot a Matchroom Boxing promoter, Eddie Hearn.

“I don’t believe in rematch clauses,” Arum said on the zoom call before the fight. “Rematch clauses are, in essence, overused thanks to our friend, Eddie Hearn. He puts a rematch clause in every contract, and that may indicate that he is not confident in how his fighter will perform. As far as I’m concerned, let them fight. There’ll be a winner, there’ll be a loser, and if down the road they want a rematch, that’s up to them. But I’m not requiring [it], and I don’t like to require a rematch in any contract that I do.”

Eddie Hearn jabs aside, Lopez’s dad and trainer, Teofemo Lopez Sr., Put it pretty bluntly speaking to the media after the victory Saturday night reminded us why as well.

“There’s no rematch clause cause everyone thought he (Lomachenko) was going to win,” Lopez Sr. said, rocking a Nostradamus hat after the fight.

We will see if we get a part two depending on if Lopez sticks around to defend the belts at 135 or if Lomachenko moves back to 130. It is certain that if the price is right for both, we’ll get a return to this title fight.

Lipinets on switch- ‘I don’t think one is tougher or easier than the other’
Deontay Wilder Turns 35 Amid Questions Of What’s Next?
Advertisement
To Top
We use cookies to ensure that we give you the best experience on our website. If you continue to use this site we will assume that you are happy with it.OkPrivacy policy