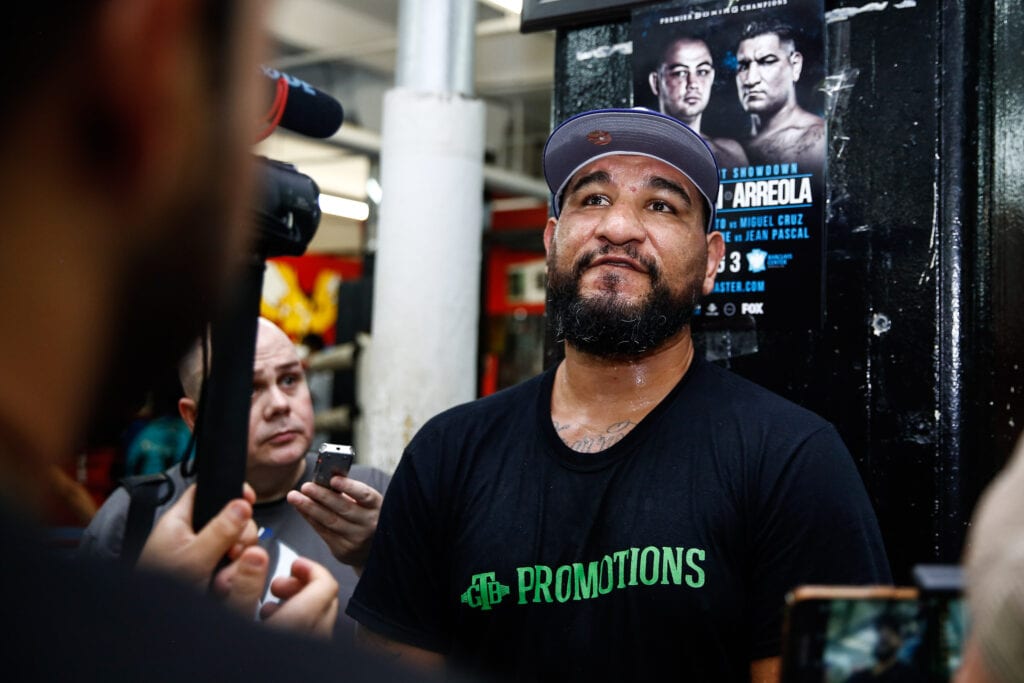 Arreola is looking for a stoppage against Kownacki

Undefeated Polish heavyweight star and Brooklyn native Adam Kownacki and former heavyweight title challenger Chris “The Nightmare” Arreola were on hand at world-famous Gleason’s Gym on Wednesday to speak to the media about their upcoming main event matchup. The bout will air on Fox this Saturday at 8 p.m. as apart of PBC Fight Night and is taking place at the Barclays Center in Brooklyn, New York.

Arreola wants it known that he is not coming to this contest feeling like an underdog.

“I wouldn’t consider it an upset if I win,” Arreola said speaking to the media on Wednesday. “I’m here to win. I’m supposed to win. Just because he’s undefeated, that doesn’t mean anything. He’s fought some good fighters, but I’ve fought better.

“I don’t think Adam is overconfident. He should be confident. He’s undefeated and fighting in front of his home crowd. It doesn’t bother me if he thinks he’s going to beat me up.”

In terms of conditioning, Arreola feels he poses a challenge for Kownacki and is in top shape to do so. He told the press onhand,

“This is a whole new challenge for him. He’s never faced anyone like me. I’ve had a strong training camp, and I’ve gotten tremendous work in this camp. This isn’t the same Arreola who fought Deontay Wilder.

“I’m excited and I feel great. I’m looking forward to the fight. This is going to be a fun heavyweight fight. We’re going to put on a show for the fans.

One thing is for sure, Arreola is on a mission this Saturday and knows what he has to do against Knownacki.

“I love fighting. There’s nothing better than two men going in a ring and testing each other. Hitting someone in the face is the best feeling in the world.

“At the end of the day, it’s only me and him in the ring. His fans can cheer all day, but it’s only going to give me added motivation to beat him.

“I absolutely have to get the knockout on Saturday. I’m in his backyard. I don’t like judges. I have to get it done as soon as I can Saturday.”

They say styles make fights all the time in boxing and this is one that should be fun to catch at the Barclays this weekend. Tickets for the event, which is promoted by TGB Promotions, are still on sale now and can be purchased at Ticketmaster.com. Tickets can also be purchased at the American Express Box Office at Barclays Center.