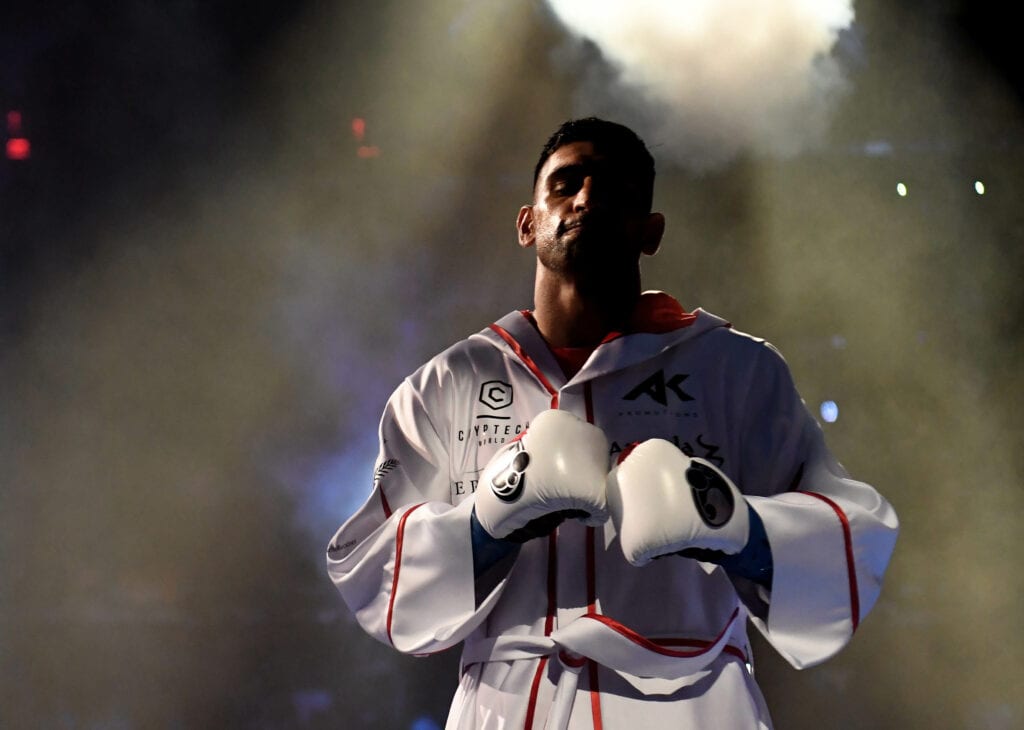 Amir Khan in talks to make happen with Brook

It took time, a long time. Ah, who am I kidding? Amir Khan and Kell Brook for longtime boxing fans is a rivalry that dates back to the beginning of the decade for the British fighters.

In an interview with Pep Talk UK, Khan disclosed that he was in talks again with Matchroom promoter Eddie Hearn for a clash with Brook possibly for 2020.

Last time around these two tried to set a match up; Khan decided to go another route and take on Terrence Crawford, which led to a six-round stoppage loss but is coming off a victory over Billy Dib in July.

“I think it’s a great idea, definitely. I think both of us will be fighting end of the year and then we see early next year that fight between me and Kell [Brook] can happen,” Khan stated Pep Talk TV.

Brook has been in action since December 2018, when he had his tough a winning a twelve round decision over Michael Zerafa. Brook recently was in talks of a fight with Crawford, but those conversations fell through. Khan, in the interview, thinks the long-awaited match is finally ready to take place.

“We are both similar age, I think it’s a fight that we’ve been trying to make for a very long time, and I think it’s getting very close to it now,” Khan said. “I’ve worked with Eddie Hearn for a couple of my previous fights and I think going back and working with him on this fight against Kell Brook will be massive.

“We are in talks with Eddie and Kell’s team so hopefully we can make that fight happen,” Khan continued. “Its a fight that the public want, it’s a massive fight in Britain, so let make it happen.”

Not to discredit Khan’s talks but he is on a mission to get a big name fight again on his resume. Earlier in the year, he broke the news that he was facing Manny Pacquiao in Saudia Arabia in November, much to the surprise to everyone involved (including Paciquao). The talks about Khan taking on Brook in a bout has become a fight that has never happened for a reason, breakdown or other.

While I think the ship has not only sailed but also landed and passed by, if Khan and Brook are finally in talks to face each other in 2020, this will be the first bout that should’ve happened in the early 2010s to kick off the new decade.

Michael Spinks ended Larry Holmes title reign 34 years ago
Stevenson-Gonzalez tickets on sale today
Advertisement
To Top
We use cookies to ensure that we give you the best experience on our website. If you continue to use this site we will assume that you are happy with it.Ok