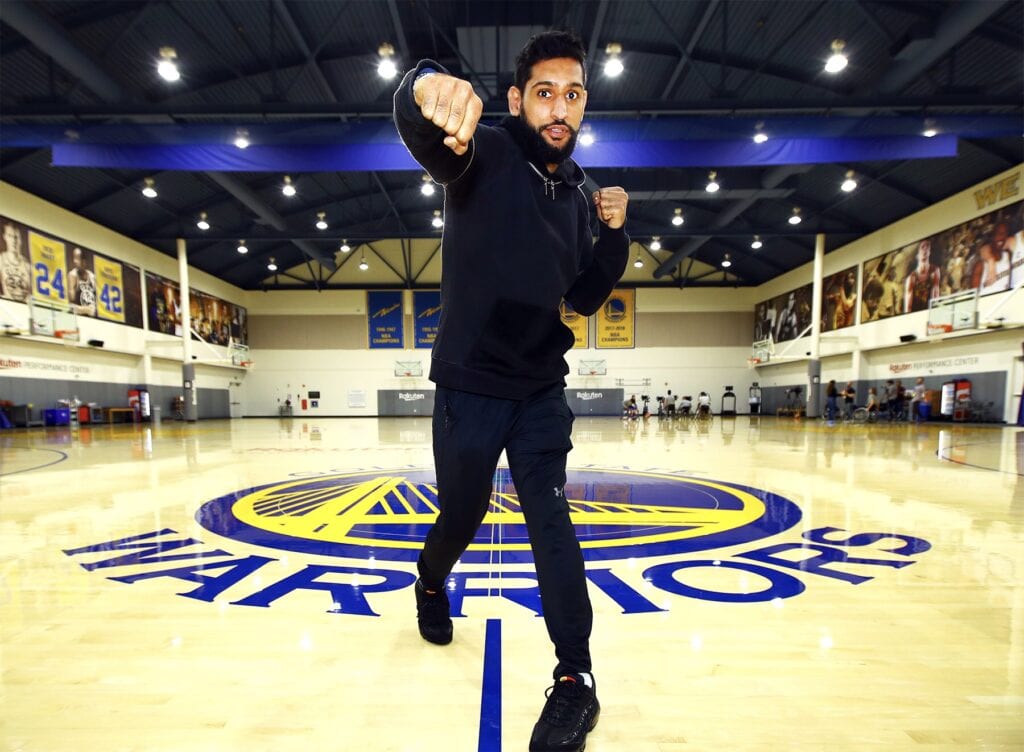 Amir Khan Speaks On Sky Over DAZN for Brook

Former junior lightweight champion Amir Khan has been seen stateside as he trains for his catchweight contest against longtime rival Kell Brook on February 19 in Manchester.

Khan speaking with iFL TV stirred the pot as he mentioned exposure as the reason he chose to stay fighting on Sky Sports instead of the streaming platform, DAZN.

“I think this fight has to be on a massive platform like Sky Sports Box Office,” Khan said to IFL TV. “I think they will promote it the right way. No disrespect to Eddie.”

(No disrespect? You know what’s coming next, right?)

So there you go. Khan wanted to be seen on a bigger platform. DAZN is in the works of buying the Premier League Soccer away from BT Sport across the pond in the United Kingdom, which to those looking for a stateside comparison of how big would have to go back to the NFL when they left CBS to join that “upstart Fox network’ back in the 1990s. That big of a deal and precedent once that becomes final.

Until then, Khan’s point has merit. I’d love to tell you how many viewers have DAZN as this goes to publish but if I were to tell you that they don’t release viewership figures. I’m still waiting on Eddie Hearn to roll out those KSI-Logan Paul 2 figures from 2019 like everyone else.

While I won’t hold my breath on that anytime soon, Khan chose an established platform as an up-and-comer at the end of the day.

“I think you cannot beat a media machine like Sky,” Khan said. “Sky is the biggest. Eddie would understand if he ever watches this. Eddie’s a brilliant promoter. What he’s doing in boxing is amazing. I just don’t feel DAZN would have given this fight as much promotion as Sky would. So I had to be very smart and think about my future instead of just going for the money.”