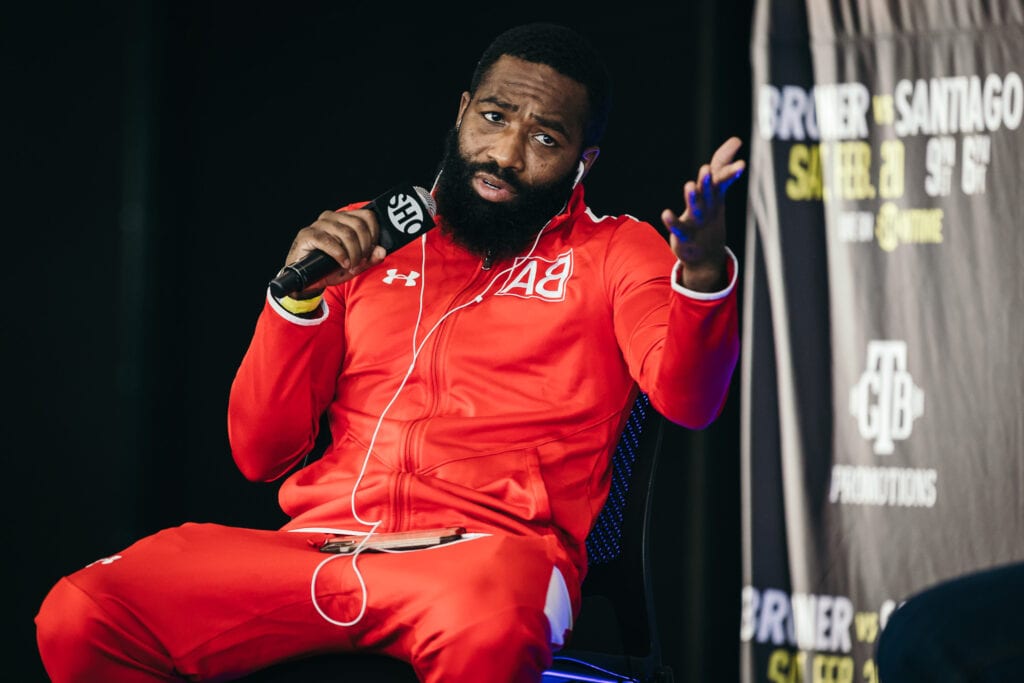 Monday morning saw yet another chapter in the increasing soap opera at the end of his career from former world champ Adrien Broner. This as the former four division world champ withdrew from his Saturday main event fight with Omar Figueroa in Hollywood, FL that was to been the Showtime Boxing main event.

“Sorry to all my fans but #MentalHealth is real and I’m not about to play inside the ring I’ve watched a lot of people die playing with they boxing career and that is something I won’t do just pray for me I love the sport of boxing to much to not give my all and I feel Like I came up short before because my mind wasn’t 100% there,” Broner wrote.

Broner, 34-4-1, hasn’t fought since February of 2021 when scored a 12 round decision over Jovanie Santiago at the Mohegan Sun Casino in Connecticut. His previous bout was a decision loss for the WBA welterweight title in January 2019 to future Hall of Famer Manny Pacquiao.

Part of the reason that the 33 year old Broner has only fought twice in three and half years have been his troubles outside of the ring. This includes Broner being taken to a Cincinnati jail in October of 2021 on an outstanding warrant issued for the chain of events and violation of probation stemming from his sentencing that took place on April 26 of last year. That stemmed from his guilty plea to misdemeanor charges of assault and unlawful restraint and was sentenced to probation in 2019.

This followed Broner being in and out of a Cleveland jail in 2020 due to missed court appearances surrounding a sexual assault allegation and an eventual civil judgement of over $800,000 against him in the case.

So, this latest revelation by Broner on social media continues the out of ring issues with him.

As for Figueroa, 28-2-1, he’s a former world champ also, but has also been largely inactive with only one fight, a decision win over Abel Ramos in May 2021, in the last three years.

It’s unclear Monday morning if Showtime will attempt to find another short-notice replacement for Broner, so that the 32 year old Figueroa can still headline Saturday.