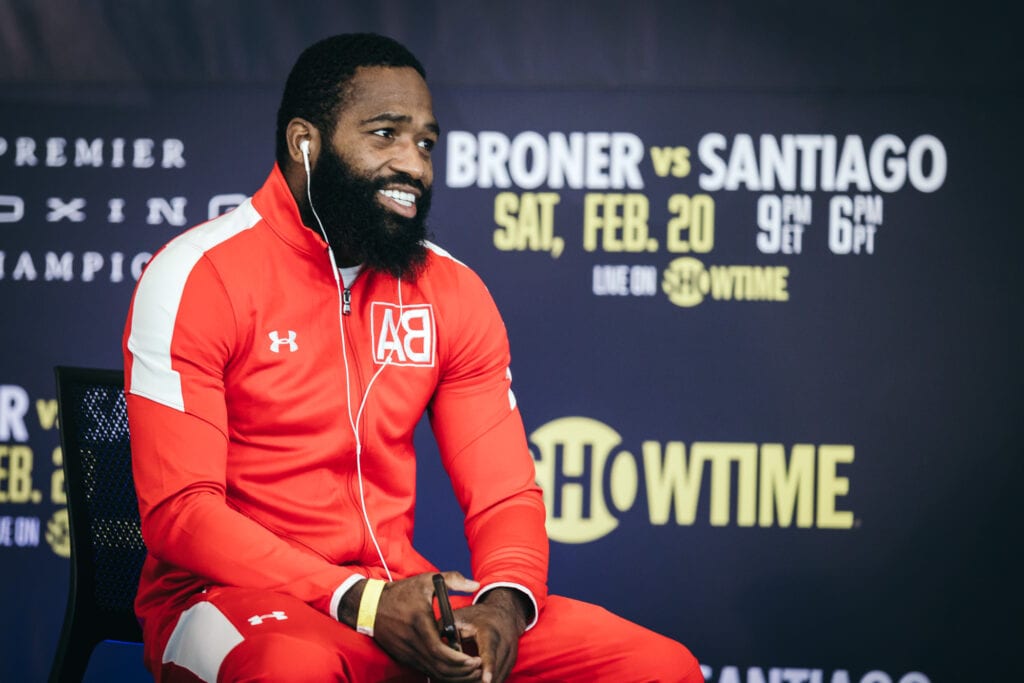 Former four-division world champion Adrien Broner was arrested by Covington Police Sunday morning over an outstanding warrant from Cuyahoga County, according to a report by the Cincinnati Enquirer.

Per the report by Kaitlin Lewis, Broner was brought in by police around 1 a.m. Sunday and was released on a $25,000 cash bond, according to Kenton County Court documents. He is expected to return to court on Oct. 11. The warrant issued per the chain of events is from a violation of probation stemming from the sentencing that took place on April 26 of this year stemming from his guilty plea to misdemeanor charges of assault and unlawful restraint and was sentenced to probation in 2019.

Adrien Broner who was last seen in the boxing ring inside of the police blotter defeated Jovanie Santiago by a question unanimous decision back in February. Since then, this has been what Broner (34-4-1, 1 NC, 24 KOs) has not been mentioned for any ring action since. This latest probation violation comes with the possibility of Broner going back to jail. This latest offense of Broner’s probation could result in six months jail time or more restrictive sanctions, according to Cuyahoga County jail.

So for anyone asking who is Broner facing next? The answer seems to be what has been for a while stemming from this incident. Once he gets extradited from Kentucky to Northern Ohio, we’ll know when he faces once again Cuyahoga County on Oct. 11 to determine Broner’s next chain of events.