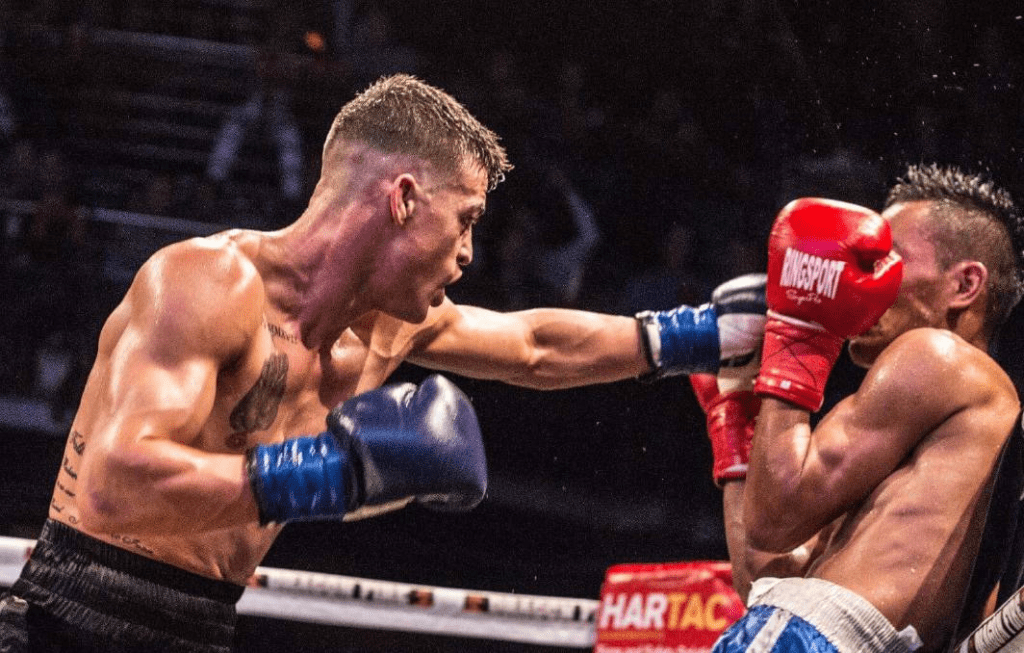 The Western Australian -based prodigy was thrilled upon finding out about his new world ranking.

“I checked Facebook and saw that I had been tagged in a bunch of stuff about world rankings, and then I just couldn’t believe it when I saw my name in the top 40, that’s why my manager is the best in the World” Jackson mentioned.

“That’s a legitimate world ranking from a very high sanctioning body of the sport – to think about that is just insane.
“I’m over the moon about it.”

I’m not afraid to fight anybody.

At just 22 years old, England has already made a name for himself on the global scene with 12 wins from his 13 bouts. Now his top 40 ranking is set to open further doors.

Bigger opponents, bigger fight cards and more eyes on his bouts can be expected in the rising star’s near future.

“It’s exciting, because now you never know when someone in the top 20 or maybe the top 15 might take a look down the list and say they want to fight me.
“I’m not afraid to fight anybody, so if that opportunity comes, I’ll be ecstatic.”
But England’s return to the ring could still be some time away, with WA’s professional boxing scene still up in the air due to the coronavirus pandemic.
“I love boxing and I love putting on a show, so it’s been a frustrating few months,” England said.

“But that’s just the way of the world at the moment. All I can do is train hard and be ready when we get the green light to fight again.

“I have huge respect and admiration for the Moloney brothers and they are prime examples of what can happen and we have the same manager and The Tolj never ceased to amze everyone in the country what he can do. I’ll make sure im just a phone call away”

Unbeaten Texas fighter Travell Mazion reportedly killed
Vallily to Wardley- ‘You’re Going to Sleep!’
Advertisement
To Top
We use cookies to ensure that we give you the best experience on our website. If you continue to use this site we will assume that you are happy with it.OkPrivacy policy