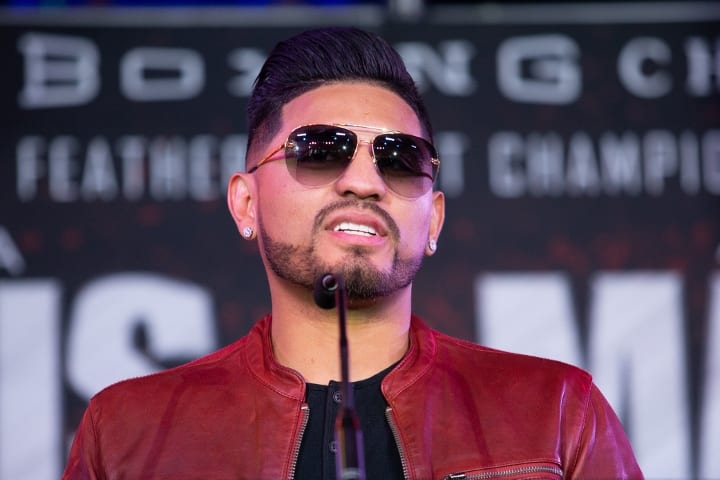 Former three-division world titlist Abner Mares returned after more than four years out of the ring and settled for a majority draw with Miguel Flores in a lightweight bout on Sunday night on the Andy Ruiz Jr.-Luis Ortiz undercard at Crypto Arena in Los Angeles.

We have a majority draw! Abner Mares and Miguel Flores traded blows all 10 rounds in a very even fight.

We have two 12-round fights left! Order the #RuizOrtiz Pay-Per-View on the Fox Sports app or at https://t.co/3Zu1Q7c92G pic.twitter.com/5QtF9bqaJv

Mares felt like he won the fight and was glad to be back in the ring.

“Obviously, it had been over four years, so I was a little off with my timing and a little sluggish,” Mares said. “But I felt good and I thought I was landing the more powerful shots. He wasn’t hurting me, so I was taking my time and boxing him. I didn’t want to really put the pressure on too soon. I didn’t have any problems in there. I felt good.

“I was just getting used to the timing again. After four years away I did enough to beat a young kid and an active fighter. My performance speaks for itself. The crowd was happy and it felt good to be home. I definitely felt like I won but it is what it is, the judges saw a draw.”

Mares started very well as he lashed Flores with clean punches and looked sharp. He landed two huge right hands in the second round that both rocked Flores. Later in the round Mares landed another flush right hand that nearly dropped Flores.

Flores appeared to make a bit of a comeback in the middle rounds as Mares perhaps got a little tired from so much movement but Mares was also landing the harder punches and was never in any trouble.

With Mares (31-3-2, 15 KOs), 36, of Montebello, California, a former bantamweight, junior featherweight and featherweight titleholder, seemingly ahead, Flores’ corner told him after the eighth round that he had to win the final two rounds. He put in tremendous effort in the good strong ninth round.

The final round began with Mares and Flores (25-4-1, 12 KOs), 30, of Spring, Texas, meeting in the center of the ring and brawling toe to toe for much of the round and when it was over it was obvious they had fought a very close fight.

“It was a good fight and obviously I thought that I pulled it off,” Flores said. “I know we’re in his hometown and he’s a veteran so it is what it is. He was trying to pot shot me, but I was catching most of it. He got me with a couple good shots early on but I felt like I was in control after the fourth round
“This leaves me in a great position. We got a draw against a three-division world champion so it leaves a good taste in your mouth.”

Mares, who is now a Showtime ringside analyst, had not boxed since losing a decision to Leo Santa Cruz in their featherweight title rematch in June 2018 at the same arena. A torn retina before a 2019 fight with then-junior lightweight titlist Gervonta Davis extended the layoff before he decided to come back last year and then go through a lengthy licensing procedure and training camp.