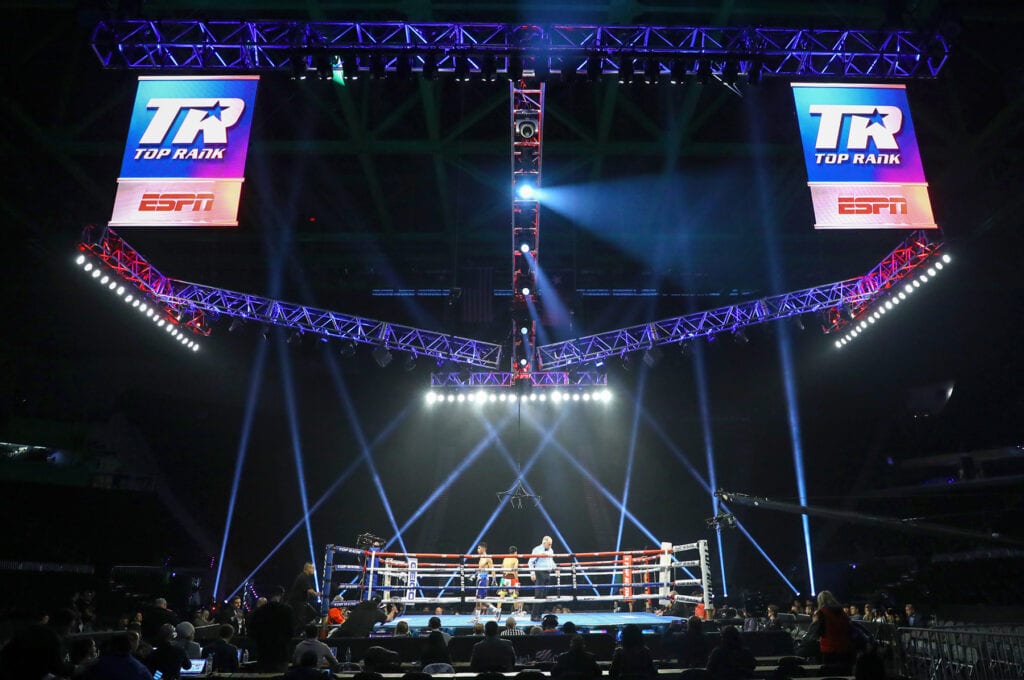 Take a look back at a few things that have changed since April 10, 1980. pic.twitter.com/7fu2nmJJTV

The debut card took place at Resorts International in Atlantic City, N.J., and featured four televised bouts, including charismatic middleweight Frank “The Animal” Fletcher’s decision victory over Ben Serrano. If you have not seen the early 1980s run of the former title holder Fletcher, i advise you to check out his fights as they are all over Youtube and none of them disappoint.

“Top Rank Boxing” crisscrossed the country, partnering with an array of promoters who had hungry, fan-friendly fighters with devoted fan bases in venues such as Ice World in Totowa, N.J., and Showboat Sports Pavilion in Las Vegas. When the series ended in 1996, “Top Rank Boxing” was the longest-running weekly televised boxing series in history.

Said Top Rank chairman Bob Arum: “I can’t believe it’s been 40 years. At that point, networks like ABC and CBS were airing fights in the afternoons, but because they paid so much, they aired many of the top championship fights. ‘Top Rank Boxing’ on ESPN was an invaluable outlet for up-and-coming fighters. Any great fighter that started to emerge in the mid- 1980s and 1990s all appeared, without exception, on ESPN. They all got their start on ESPN, and that’s something we are very proud of.

“Live boxing content was instrumental in helping ESPN become the powerhouse it is today.”

Top Rank Boxing and ESPN signed a 7 year extension back in 2018 which last until 2025 which will solidify that the partnership won’t go anywhere anytime soon.

Filipino title fighters wait in limbo for re-scheduling
Bernstein, Weeks reflect on Castillo-Corrales
Advertisement
To Top
We use cookies to ensure that we give you the best experience on our website. If you continue to use this site we will assume that you are happy with it.OkNoPrivacy policy