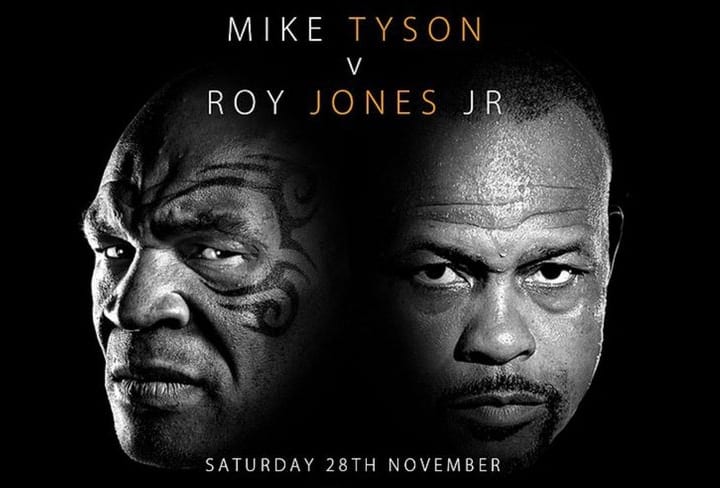 25 Million Reasons Why No Tyson-Holyfield III

It is no big secret that the original opponent for Mike Tyson in this exhibition Saturday night was a familiar foe in fellow Hall of Famer  Evander Holyfield.  We now have “why” that fight for the third time around hasn’t happened and it won’t be taking place at the Staples Center in Los Angeles.

Speaking with former NFL Pro Bowl wide receiver Brandon Marshall on the soon to be released the “I Am Athlete ” podcast, Holyfield stated flat out no money, no fight.

“I wasn’t getting in the ring for less than $25 million,” Holyfield told Marshall on the podcast, which will drop Monday.

If you listened to our latest podcast with David Payne, aka “The Boxing Writer” in England, and me, this wouldn’t come off as a shock at all. This, as we shake that “fight” down and get down to business on the REAL ACTION taking place over the weekend across the globe.

Back when this Holyfield exhibition was supposed to occur, Tyson was making the media rounds so much so, that history repeated itself back to 1997. That’s when these two last fought. He even made a trip back in the world of professional wrestling in a storyline angle similar to the fight with Holyfield.

Holyfield’s reasoning for the high price sticker is because he’s the one who had beaten Tyson twice when they fought previously.

“I beat him twice,” he told Marshall. “I felt it was wrong for me to have to ask him to fight me,” explained Holyfield. “I don’t know (if he’s scared). I would never ask a person that.”

While it’s great of Holyfield to ask for $25 million, take note that the payout for Tyson himself is only $10 million, which he has claimed in numerous reports will go to charity. The challenger Jones Jr. is only receiving around $3 million per a tweet from Kevin Iole of Yahoo Sports.

Looking forward to the conversation Holyfield had with Marshall on Monday when it drops, but at least we have why, according to Holyfield, this version of the spectacle isn’t taking shape Saturday night.