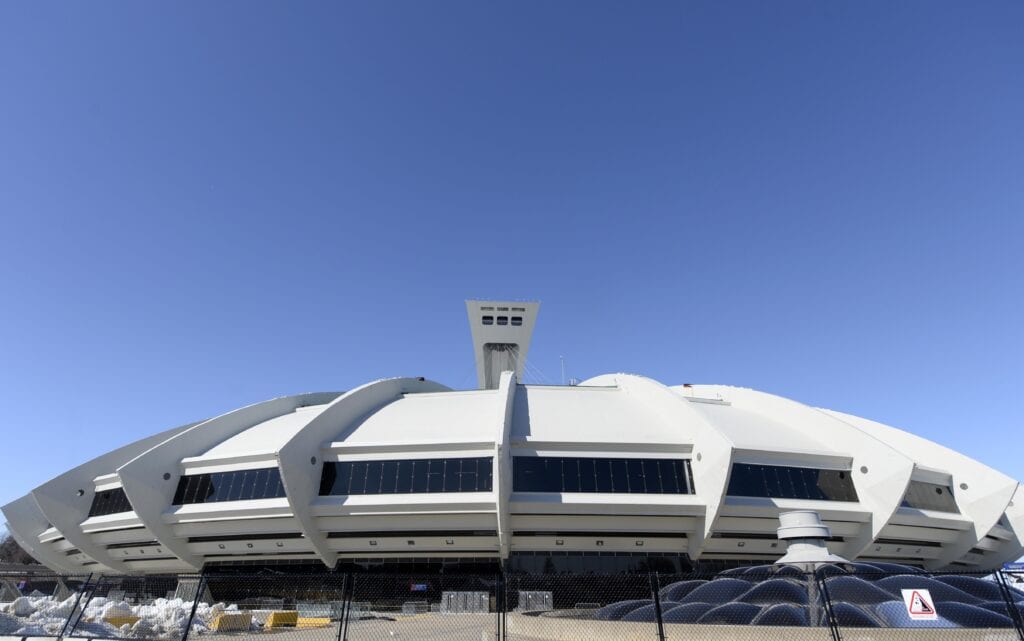 The Brawl In Montreal: Leonard-Duran I

On June 20, 1980, Sugar Ray Leonard took on Roberto Duran in the first matchup of their epic trilogy at Olympic Stadium in Montreal, Canada. What took place in the first fight in that Canadian ring was nothing short of historical to this day.

Leonard came into this fight looking to remain undefeated at the same place he had won his Gold medal in 1976 against Cuban Andrés Aldama.  This contest was also the second title defense of his WBC World Welterweight Championship after beating Davey “Boy” Green by throwing what Lenoard would call “one of the hardest single punch I ever threw” sending Green down hard in the fourth round.

Duran’s health caused concerns before the fight even took place when, three days before the match, he was forced to spend two hours having his heart checked. After an EKG had revealed an abnormality in his heartbeat, Dr. Bernard Chaitman, a cardiologist at the Montreal Heart Institute, was called in.

“His EKG showed some findings that, in a normal person, might be interpreted as coronary artery disease,” Chaitman said. “This is narrowing of the arteries of the heart.”

However, this type of EKG pattern is often seen in highly trained athletes. In a well-trained athlete, the heart muscle may be slightly thicker than in an average individual, giving rise to an unusual type of EKG pattern. What happened in Duran’s case is his pattern was slightly more marked than in the average boxer.” So Duran underwent another exam. “Everything was within normal limits,” Chaitman said. “He was cleared for the fight.”

Once that bell rang, we all began to witness what would later be known to everyone to this day as The Brawl In Montreal. 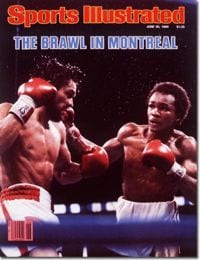 Sports Illustrated Cover of Leonard-Duran I

What would take place in front of 46,317 people would be nothing short of an absolute back in forth war throughout fifteen rounds.

Hear more about Duran-Leonard I and their three fight rivalry with Mat Whitecross the director of the Showtime Docu-Series “The Kings” who joined our Big Fight Weekend Podcast recently to discuss this fight and Duran’s legacy, etc.

These two decided to slug it out, and while neither fighter was knocked down in this fight, the back and forth action and exchanges made this throwdown one without any slowdown. This pace, however, played better into the style of Duran in this fight. Duran was able to apply the pressure and his “Hands of Stone” to Leonard, keeping the ring cut off from him and landing combinations in bunches throughout the match. Leonard wasn’t able to fight his style for this fight, having to exchange punches with Duran who was throwing more.

After fifteen action-packed rounds, it went to the scorecards, where they gave the majority decision to Duran. The judges had it 145-144, 148-147 and 146-144 for Duran giving him the WBC Welterweight Championship and also, handing Leonard his first career pro defeat.

This brawl, of course, would not be the last time that these two would cross paths in the ring, fighting again in November of 1980 and capping off their battles in 1989.

For the fight, Duran would earn $1.5 million, by far his biggest payday ever, while Leonard stood to make between $7.5 million and $10 million, more money than any man had ever collected for a fight.  At the end of the day, whatever figure these two made was worth every penny and stood the test of time as one of the greatest matchups of all time.