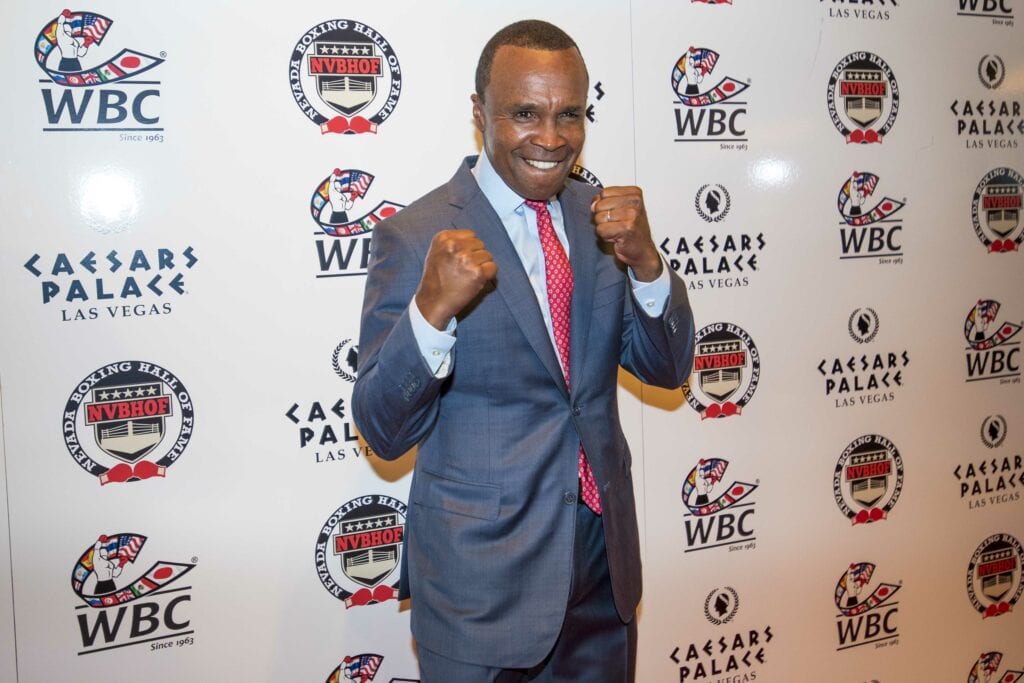 March 1st 1997, the illustrious career of “Sugar Ray” Leonard ended once and for all, as fellow boxing legend of the 80s and early 90s, Hector “Macho” Camacho defeated him in Atlantic City.

As he had done over a decade earlier in upsetting Middleweight Champ Marvin Hagler after being gone for 35 months, Leonard came off another lengthy layoff of some 6 years attempting to defeat Camacho in one last hurrah.

The fight was hyped as two great champions of the 1980s duking it out one more time on a pay per view.

But, this time at 40 years of age and having not fought since 1991, Leonard. a former five weight division World Champ, simply just didn’t have anything left.

Take a look at the highlights here:

Even though he did score some early punches against the 34 year old Camacho, it became apparent that the “Macho Man” was just young enough and just fast enough to continue to score and eventually overwhelmed Leonard.

Nowhere to be found that night was the man who had beaten the likes of Thomas Hearns, Roberto Duran and Hagler earlier during the 80s in his spectacular career. No, the 1976 Olympic Gold Medalist hero of the Montreal Games just didn’t have it anymore.

Camacho, a charismatic multi-division champion himself, knocked Leonard to the ground with a left uppercut early in that 5th round and stopped him in a barrage of punches about 20 seconds later. And, it was obvious that, once and for all, Leonard needed to stay retired.

Yes, he scheduled two other fights for late in 1997 and early 1998, but both times the opponent got injured in training and backed out.

But, for the Macho Man, one of his greatest accomplishments was the night he bested one of the best, Sugar Ray Leonard. And, sent him away from fights for good.