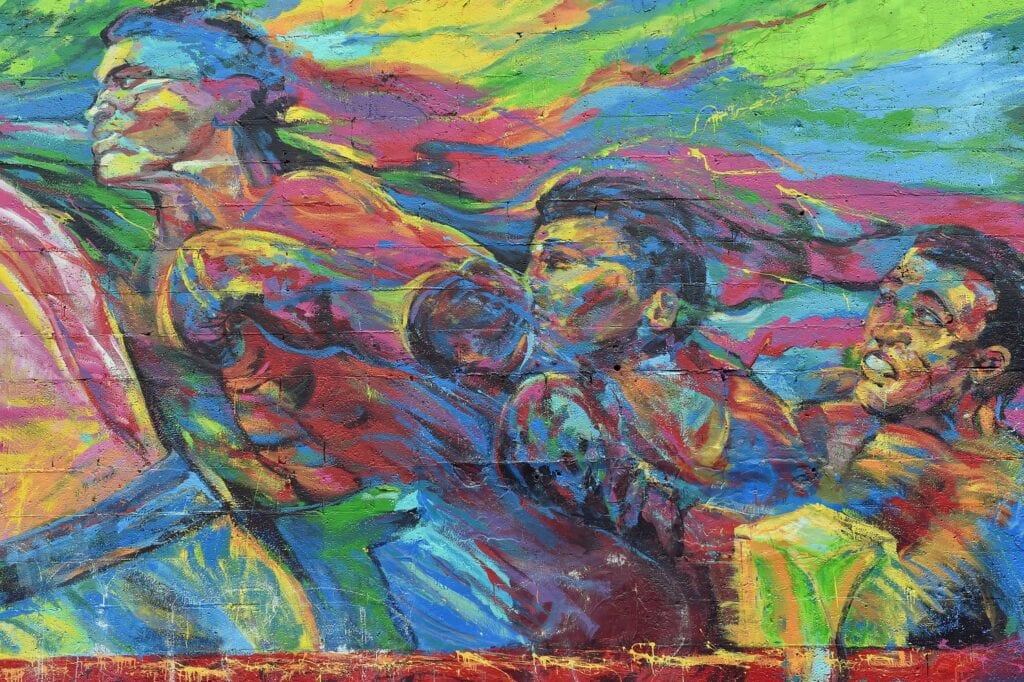 February 25th, 1964, the sport of boxing would be changed forever as the nation, and really the world, suddenly had a new transcendent superstar.

That night in Miami Beach, Florida, former Olympic boxing champion Cassius Clay (later Muhammad Ali) pulled, at that time, arguably the most stunning upset boxing had ever seen. That’s when he stopped Heavyweight Champion of the world Charles “Sonny” Liston after 6 rounds.

Even though he was undefeated, Clay was an 8 to 1 underdog in Las Vegas, because the menacing Liston had scored nine knockouts in his previous 10 fights. This included him destroying heavyweight champion Floyd Patterson in the first round to capture the title in September of 1962.

And then, Liston validated his lethal reputation by knocking out Patterson once again in the first round of their rematch in July of 1963.

However, what no one fully understood in advance of the fight was: Clay possessed the qualities necessary to not only pull the upset, but to become one of the most charismatic and recognizable figures in all of the world.

This was due to his amazing boxing abilities, but also, his understanding of how to hype and publicize his fights.

And, the boxing world got it’s first taste of Clay, when he sprung that cocky, arrogant, self-promoting style on Liston in the pre-fight press conference and at the weigh-in the day before their championship bout.

Clay repeatedly taunted Liston, which most thought was a crazy death-wish, and bragged how he would pull the upset to become the champ.

Still, not many believed the Clay could actually follow through and last more than a couple of rounds with the fearsome Liston. But, in the end, Clay knew what he was doing, all along.

Seeing is believing, and you can relive the fight highlights here:

If it was a heavyweight title fight involving Clay (who soon after changed his name to Ali), there had to be some drama.

This included, Clay complaining in between rounds to famed trainer Angelo Dundee that he had been blinded by some kind of substance and wanted to quit in the fight, because his eyes were burning and he could not see.

Dundee would confirm in multiple interviews after the fight and for years later, that he touched Clay’s eye and then his own eye and his eye burned. At that point,  he knew something was going on, but they couldn’t figure out what?

And most importantly, they had to calm Clay and convince him to continue.

It’s now widely accepted that that substance was ointment that Liston’s corner had been putting on his shoulder trying to help loosen and get soreness out of, as the fight wore on. And, when Liston had rubbed against Clay’s face during clinches, it got the ointment in his eyes.

Clay’s eyes cleared enough, and he continued to box, jab and frustrate Liston into the middle rounds peppering him with lightning quick combinations and fancy footwork.

And then suddenly, Liston with his right eye swelling and a cut below his left, decided he could no longer continue due to the injured shoulder, his frustration or whatever other unknown reasons? Liston sat on his stool, dejected, as the bell for round six rang.

And, Clay raised his hands in victory and began shuffling his feet, as he had scored one of the most famous stoppages boxing had ever seen.

Then, racing around the ring (famed photo above), Clay is seen screaming and pointing his one glove at the crowd and at the sportswriters and media around ringside. He continued to shout “I am the greatest!” and “I shook up the world!”

It left indelible images not only to those in attendance in Miami Beach but those that would later see the film replays of the fight days and weeks later. They are just as memorable in the present day.

This supremely self-confident kid from Louisville, Kentucky, had captured the Heavyweight Championship and would proceed on a 15-year world tour, as arguably the most famous athlete ever.

And Ali (as he was now known) knew how to mix hype for his fights with controversy outside the ring, fighting social injustice and including his famous Vietnam draft case and ultimate Supreme Court win.

And, it all began on a February night in Florida 55 years ago.