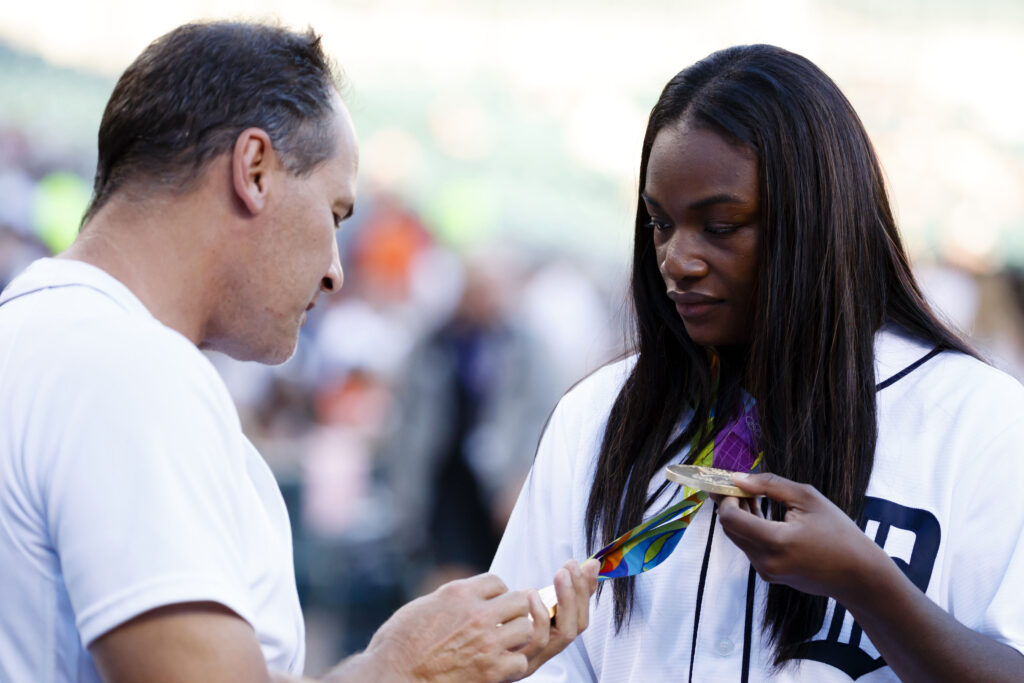 In a report first mentioned by BoxingScene.com, the undercard for the Claressa Shields vs. Christina Hammer on Saturday, April 13 at Boardwalk Hall in Atlantic City was announced. The lineup headlined by a women’s featherweight world title matchup will feature unbeaten prospects and a women’s title match, leading up to the Showtime Boxing: Special Edition tripleheader headlined by Shields vs. Hammer battle for the undisputed 160-pound world championship.

“Women’s boxing is experiencing monumental growth throughout the world and as part of this historic night, we wanted to showcase top talent in significant fights,” said Dmitriy Salita, President of Salita Promotions. “I am delighted to feature two top contenders fighting for the vacant IBF Featherweight World Title as highly-regarded and unbeaten Russian fighter Elena Gradinar and longtime Argentinian contender Karen Carbajal will battle to become champion. Top to bottom, April 13 will be a memorable night for boxing fans around the world.”

In super flyweight action on the card 23-year-old Detroit-native Ja’Rico O’Quinn (11-0, 8 KOs) looks to remain unbeaten in an eight-round fight against Northfield, Minnesota’s Vicente Alfaro Martinez (9-4, 3 KOs). For Ja’Rico, this will be only his second fight outside of the Greater Detroit area.

Rounding out the rest of the fight schedule will be former heavyweight champion Samuel Peter (37-6, 30 KOs) taking on Mexico’s Mario Heredia (15-6-1, 13 KOs) in an eight-round matchup and Jesse Angel Hernandez (12-2, 7 KOs) of Fort Worth, Texas stepping in for an eight-round super bantamweight contest against New Jersey’s Edgar Joe Cortes (6-4-1). Flint, Michigan-native Darrion Lawson will look for his second pro win in as many fights when he faces Saul Almeida in a super middleweight bout.