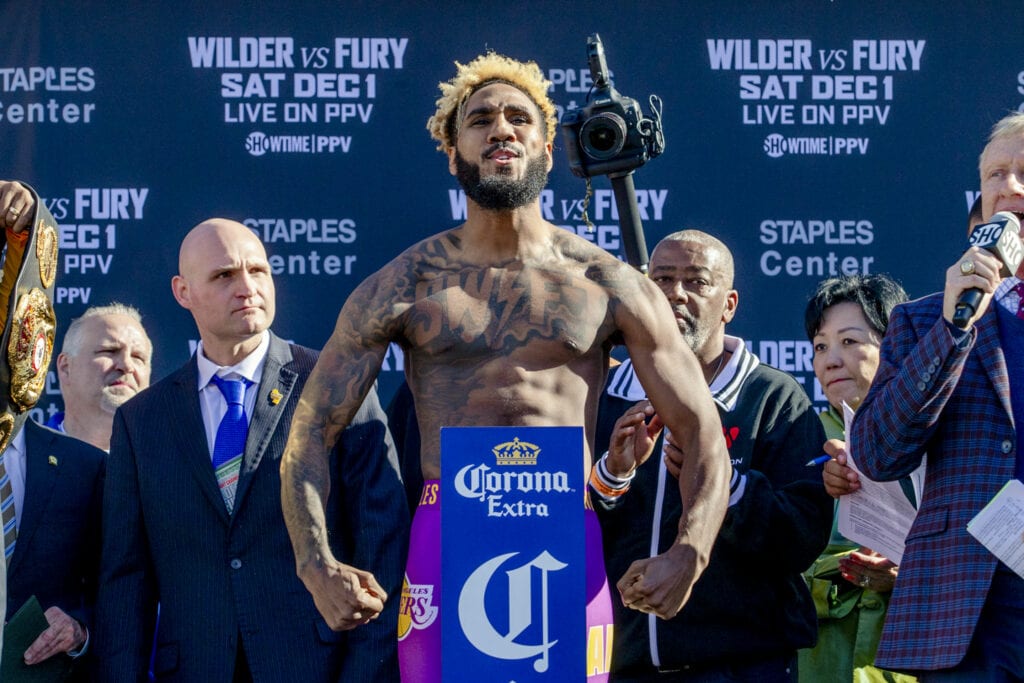 Hurd to defend titles against Williams

Hurd (23-0, 16 KOs) has already picked up two titles with heart-pounding victories in one of the toughest divisions in boxing. He began his run when he stopped Tony Harrison for a ninth-round knockout to capture the IBF title in 2017 on FOX. He successfully defended the title with another victory when he became the first person to stop former world champion Austin Trout. The 28-year-old picked up the WBA title with by dropping Erislandy Lara and earning a split decision in the consensus 2018 Fight of the Year last April.

A native of Accokeek, Maryland, Hurd will be fighting in front of his hometown fans when he takes on Williams and is returning to fight in the D.C.-Maryland-Virginia area for the first time since a 2014 win at Constitution Hall in D.C. He most recently earned a knockout victory over Jason Welborn in his last fight on December 1 as part of the Tyson Fury-Deontay Wilder card.

“I couldn’t be happier to be fighting at home for the first time as a champion,” said Hurd. “My hometown has been asking me to bring the championship back home and now I can. Julian Williams is a tough opponent and I don’t see him as a stepping stone. He’s crafty, technical and fundamentally sound. I want to go out and get a decisive win and show that I’m on a different level than everybody else in the division.”

I’m bringing this one back home for the fans! ⚡️

Williams (26-1-1, 16 KOs) he has fought his way back into the title picture and this will be his second world title shot. He is coming off four straight victories since losing to Jermall Charlo in his first title shot in 2016. In that streak were victories over former world champion Ishe Smith and contender Nathaniel Gallimore. The boxer from Philadelphia is coming off a knockout victory over Francisco Javier Castro on December 1 as part of the Tyson Fury-Deontay Wilder card as well.

“Jarrett Hurd is a good, strong fighter that’s really hot right now,” Williams said. “This is a hometown fight for him, but Philly isn’t that far from Virginia. I’m looking forward to putting on an exciting fight for all of the fans on FOX, and most importantly winning those titles and showing the world that I am the best in the 154-pound division.”

Rivals Warrington, Galahad ready to face off in Leeds
Saunders to fight for interim tittle against Isufi
Advertisement
To Top