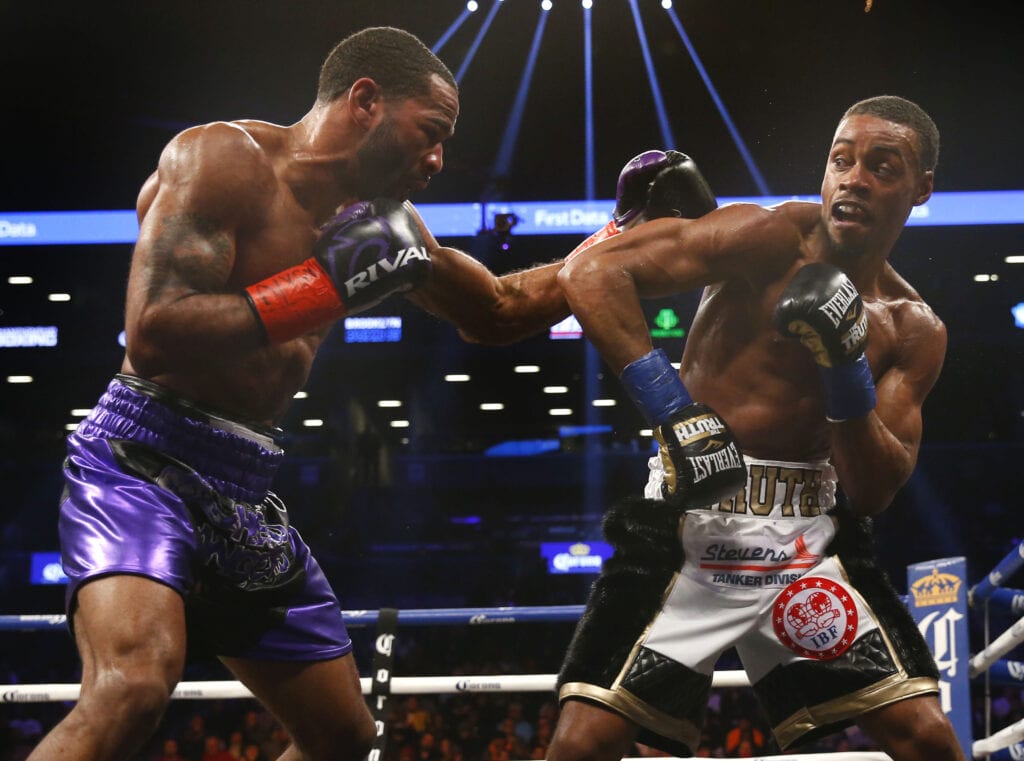 Former champs in action as Peterson, Lipinets square off

Two-division world champion Lamont Peterson is in action against on former junior welterweight world champion Sergey Lipinets in a 12-round welterweight match from Premier Boxing Champions on FS1 and FOX Deportes on Sunday, March 24 from MGM National Harbor in Maryland at 8 p.m.

Lamont Peterson (35-4-1, 17 KOs) taken on big names in the sport at 140 and 147-pounds in climbing through the ranks and winning titles in both divisions while facing the likes of Victor Ortiz, Timothy Bradley, Jr., Amir Khan, Kendall Holt, Lucas Matthysse, Danny Garcia and Errol Spence, Jr. The 35-year-old from Washington D.C. won the IBF and WBA 140-pound titles with a split decision victory over Khan in 2011 and won the welterweight championship with a unanimous decision over David Avanesyan in 2017. Peterson is looking to bounce back from a loss to Errol Spence in a welterweight title fight last January.

“I’m happy to be doing what I love and that is fighting,” said Lamont Peterson. “I’m really excited about having the chance to fight at home once again and also on FS1 and FOX Deportes for the first time. I plan on giving fans on TV and in the arena the show they came to see.”

That does it for our blockbuster #SpenceGarcia bout tonight from @ATTStadium in Dallas—but we are back on Sunday, March 24, with a welterweight showdown between 2 former World Champs in @kingpete26 & @unionsamurai at @MGMNatlHarbor & live on FS1 at 8 pm ET/5 PT. #PetersonLipinets pic.twitter.com/OmEGVRvcGx

Lipinets (14-1, 10 KOs) has moved up to the welterweight division after previously becoming a world champion at 140 pounds. The 29-year-old, who is from Kazakhstan, grew up in Russia and now lives in Beverly Hills, California, picked up the IBF super lightweight world title with a unanimous decision victory over Akihiro Kondo in 2017. He lost the title by decision to Mikey Garcia last March and rebounded to defeat Erick Bone in his welterweight debut.

“I’m ready for the intensity of this fight with a great champion like Lamont Peterson,” said Lipinets. “I’m very humbled and honored to be in this position. I’m pushing myself to bring my A-game, because in a fight like this, there is no room for mistakes. I promise that I’m going to give a great performance and leave my fans happy.”