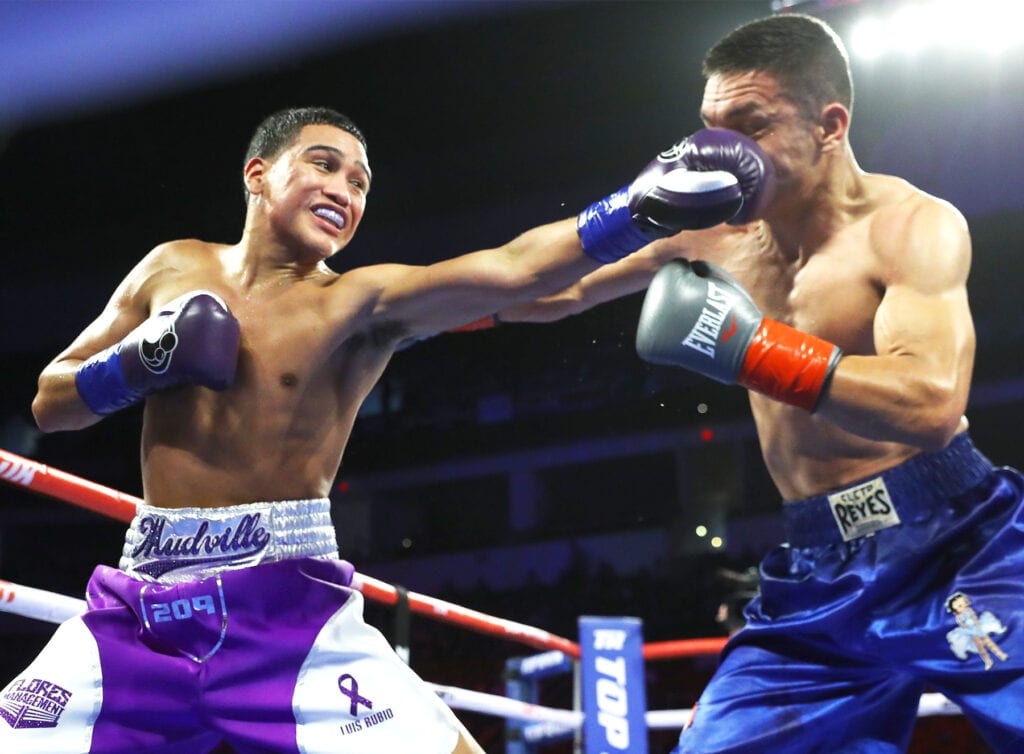 Gabriel Flores Jr., the 19-year-old pride of Stockton, California, had the night of his boxing life May 4 at Stockton Arena. More than 10,000 fans packed the venue, as Flores knocked out Eduardo Pereira Reis in three raucous rounds, establishing himself as the sport’s youngest hometown ticket-seller.

Flores will return June 8 against Salvador Briceno in an eight-round lightweight bout, which will be the ESPN-televised co-feature to Oscar Valdez’s WBO featherweight world title defense against fellow unbeaten Jason Sanchez at Reno-Sparks Convention Center.

Valdez-Sanchez and Flores-Briceno will be televised live on ESPN and ESPN Deportes beginning at 10 p.m. ET/7 p.m. PT. 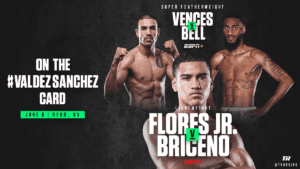 “I am excited to be back on ESPN, and once again, Stockton will be in the building,” Flores said in a press release. “Briceno is the toughest fight of my career, but I rise to the level of my opposition. I only fought a few weeks ago, so I am sharp and ready to put on another highlight-reel showing for the fans watching on ESPN.”

Briceno (15-3, 9 KOs) has fought as high as 140 pounds and is a heavy puncher whose last four victories have come via stoppage.

“Trust me when I say that Flores has never faced anyone like me,” Briceno said to the media. “I am coming to Reno intent on putting on a great performance. Flores probably thinks I am a stop on the way to bigger things, but his team made the wrong decision in picking me.”

The ESPN+ undercard is scheduled to include the following bouts:

Andy Vences (22-0-1, 12 KOs), one of the super featherweight division’s top contenders, will defend his WBC Continental Americas belt against fellow unbeaten Albert Bell (14-0, 5 KOs) in a 10-rounder that will thrust the winner into the world title conversation. Vences has made no secret of his desire to fight newly minted WBO champion Jamel “Semper Fi” Herring.

Diego Elizondo (2-0-1, 0 KOs), who hails from Carson City, Nevada, will look to get back in the win column versus Sacramento product Sergio Vega (2-0, 2 KOs) in a four-round lightweight shootout.

Dmitry Yun, a former Russian amateur standout, will make his pro debut in a six-round lightweight bout against an opponent to be named.

Hart-Barrera to battle on Fury-Schwarz card
Robinson, Pacheco in action on Joshua-Ruiz
Advertisement
To Top